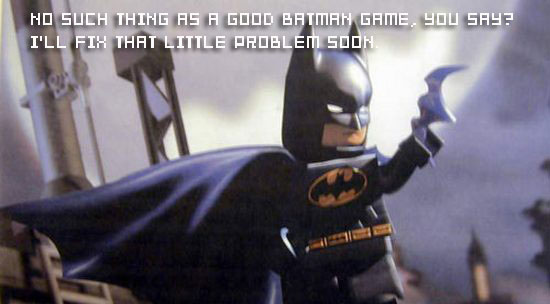 Much to the delight of many, the LEGO Batman Web site is up, and ready to show that the Dark Knight can dominate the landscape as well as any Star Wars game can. Featuring character bios, Batman trivia, and even a few viewable cut-scenes from the upcoming game — there is quite a bit to be seen. You can even read an online comic book inspired by the game itself.

If that alone isn’t enough to hold you off until LEGO Batman arrives, you can try your luck at the mini-game found here. You might also want to hit up the download section, and change that lame wallpaper of yours to something a bit cooler.

If LEGO Batman turns out anything like LEGO Star Wars did (and we know it probably will), Traveller’s Tales has another big hit on their hands.