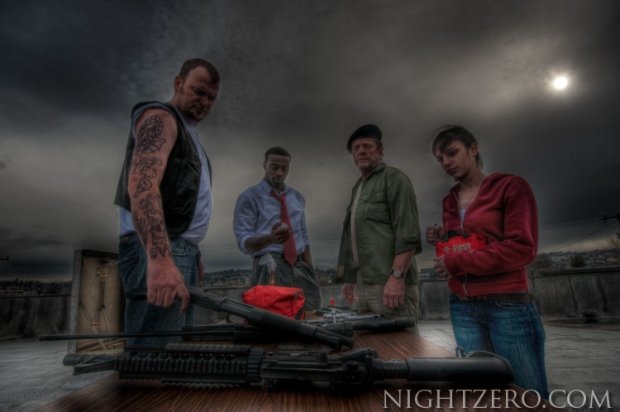 The crew at Night Zero love zombies. They have a graphic novel series where they use real actors to tell their zombie horror story. I’ve gone through a few pages and like it so far.

Recently, they took a small break from their comic to come up with this tribute to Left 4 Dead, called Left 5 Dead. Night Zero found real people that look like the four heroes from the game and dressed them up as the characters to create this fantastic photo shoot. Some Photoshop was used as well to help give the pictures the Left 4 Dead feel.

In some of the photos on the Flickr page, there is an additional member (hence the name of the shoot). His name is Jack and he looks like a pirate. Not sure why he’s in the shoot, but I wouldn’t turn him away if I was in the middle of a zombie apocalypse … even if he is a dirty stinking pirate.

Check out Night Zero for behind-the-scenes pictures from the shoot and keep an eye on the site as they promise to have more Left 5 Dead pictures going up in the near future.