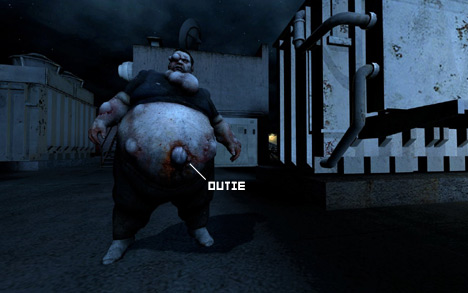 There’s nothing more satisfying that sitting down after Thanksgiving turkey and playing video games until you pass out. This year, that game might be Left 4 Dead. In a recent interview with Shacknews, Valve’s marketing director, Doug Lombardi mentioned that Valve was looking to do a simultaneous worldwide release for Left 4 Dead some time in November, several months after the initial summer release date. This isn’t particularly surprising, given Valve’s history of long delays (hey there, Half-Life).

While some delays are signs of a game sinking in development quicksand, Left 4 Dead is almost complete, says Lombardi:

So the game is pretty much playable all the way through right now. And as we’ve done with most of our games, we get to a point where, it’s playable all the way through, there are some [minor] issues that we need to work on, and we try to add more time to the schedule to have as many people as possible play the game, to make sure that it’s approachable to players of all skills.

Well, that’s good to hear, especially since the entire hook of the game is that the AI director manipulates the difficulty during each playthrough. In an interview with GameTrailers at the EA Spring Break 08 event last week, Lombardi hinted at the possibility of a later release date, saying, “A game is only late until it’s shipped and a game that’s bad is bad forever,” subscribing to the oft-quoted Miyamoto school of development.

I would do terrible, terrible things to play Left 4 Dead. Unspeakable things. To children. And not just poor children in orphanages. Rich children, with promising futures and their whole lives in front of them. I would butcher them like lambs to the slaughter to play this game, and if Valve wants to take a few months to make those innocent lives worth the wait, that’s fine by me.