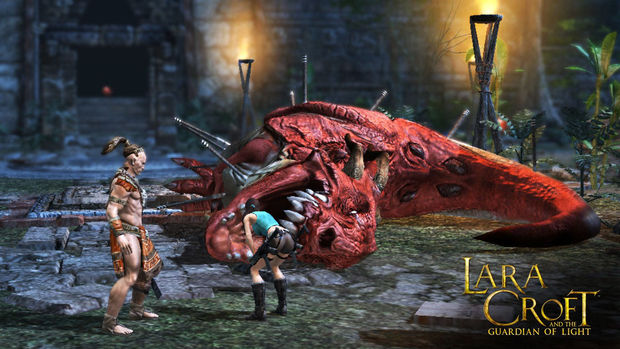 Lara Croft’s recent downloadable cooperative adventure, Lara Croft and the Guardian of Light was the capstone of this year’s Summer of Arcade promotion for Xbox Live. Now that the folks in Redmond have had an opportunity to bask in the glow of all the gold doubloons timed-exclusivity is rewarded with, those out there who don’t have an Xbox 360 will now get an opportunity to play as well. Crystal Dynamics let us know that the title will be released for PSN and PC (via Steam) on September 28th.

I bought the game with the intent of playing it with my lady friend, but wound up getting about halfway through on a lazy Saturday with Jordan Devore and then never picked it up again. Don’t get the wrong idea; the game is a ton of fun. I just have a terribly short attention span for anything that doesn’t feel like work and this qualifies. I’d recommend you pick it up, as did Nick, though I know some may wish to wait until online co-op gets patched in, whenever that winds up happening.