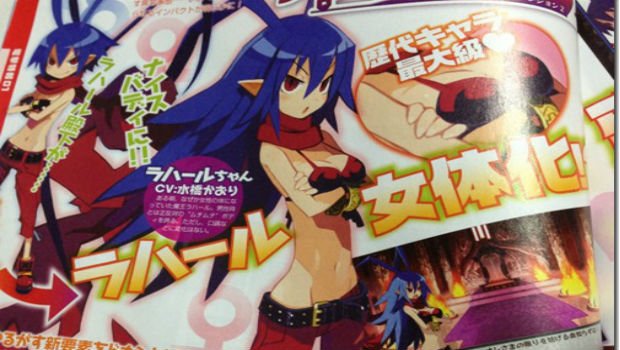 Can’t wait to see what the context is

The Disgaea franchise is known to get a little crazy every now and then. But not this crazy!

It appears as if returning protagonist Laharl is going to undergo some… changes at some point in the game. Siliconera is reporting, based on a scan from the magazine Dengeki PlayStation, that Disgaea Dimension 2 will feature a sequence where Laharl “wakes up one day and becomes a girl.”

Whether this scenario takes place in the real world or in a dream sequence is yet to be known, but since it is Disgaea here, I wouldn’t put anything past them.

I can’t wait to see how this unfolds at some point, when he inevitable localization is announced.