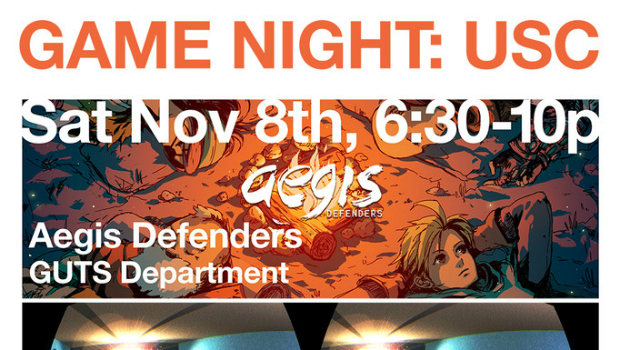 Destructoid is excited to once again be partnering with Angry Bananas, Giant Robot, and Meat Bun to host another Game Night!

We will rotate games throughout the night. There are ten scheduled games!

In addition to the games, there will be panel discussions with Richard Lemarchand, Associate Professor USC Cinematic Arts as well as special guests from USC’s Game Innovation Lab, discussing the USC Games Program and the LA game scene.

Hope to see you there!