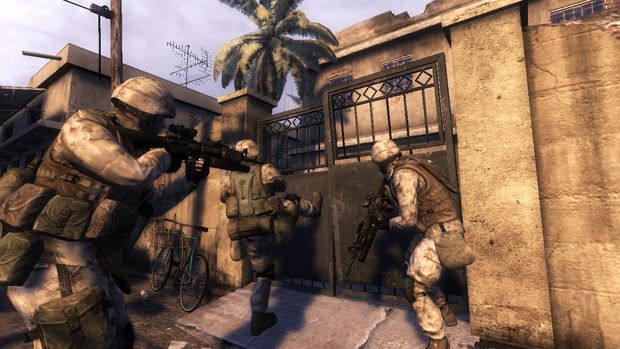 Uh oh. According to The Asahi Shimbun, Konami has dropped Atomic Games’ Six Days in Fallujah, the eerily modern shooter set in Iraq. The title — regardless of how Atomic Games approached the subject matter — quickly became the target of some rather nasty criticism. Konami apparently listened to it.

A Konami PR representative talked about the cancellation with The Asahi Shimbun. “After seeing the reaction to the videogame in the United States and hearing opinions sent through phone calls and e-mail, we decided not to sell it,” the rep said. “We had intended to convey the reality of the battles to players so that they could feel what it was like to be there.”

Well, there’s your problem, Atomic Games. Just cut the modern stuff and base the game on Mars. Pew pew lasers and realistic Martian terrain deformation? Nobody can say “too soon” about that.