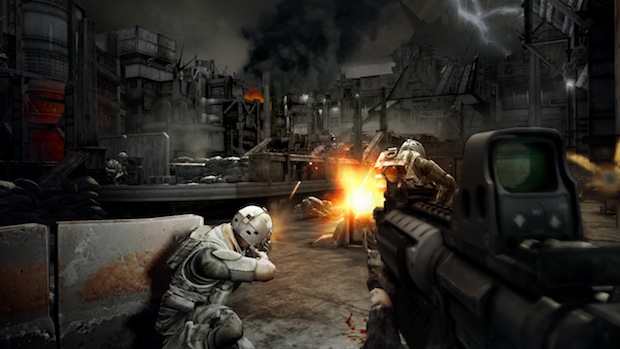 On November 26th, deep in the forests (or whatever) of the Netherlands, developer Guerrilla will be partying it up, celebrating the Dutch release of Killzone. We bring this up because all of you are invited to party with the studio. Sort of.

According to a recent official PS blog post, Guerilla will be hosting a “Killzone 2 retro tournament” between November 27th and 30th with only two (DLC) maps in the rotation: Beach Head and Southern Hills. In addition to this, the crew is throwing a Double XP weekend thing between those dates.

If you don’t have the DLC, it’s no big deal; Guerrilla plans to slash the price of two bits of content. As of today, Flash & Thunder should be listed at $2.99 while the Map Pack Bundle is to be $9.99. Neat.

There’s more to this celebration, including some retro commentaries, so do check out the PS blog post for more information if you’re down in Killzone. While you do that, we’ll be practicing for this weekend. Anyone remember how to throw grenades?