The general embargo for Killzone 2 online reviews lifted yesterday, and predictably, several publications rushed to put their official opinions online as soon as possible. At least two Web sites, however, Kotaku and GameSpot, have decided to hold off until they can get to grips with the multiplayer.

“There have been three one-hour multiplayer sessions to date for members of the American press,” explains GameSpot. “However, Killzone 2‘s online play is complex. It uses a class-based system with seven total classes, but these classes (among weapons, upgrades, and many other perks) are only unlocked once you have reached the appropriate level. In just over three hours of play, the two of us joining these sessions had yet to unlock a new class. It takes many, many hours of online play to unlock them, and it would be improper for us to review class-based multiplayer without actually experiencing the classes.”

Improper is the word GameSpot used there. Kotaku’s Brian Crecente offered an opinon piece, giving his first impressions of the game and explaining also that a review would come later thanks to the in-depth multiplayer.

Meanwhile, IGN scooped everyone online with an exclusive review and other Web sites rushed to get their reviews up the moment Sony allowed them. This is something even GameSpot said was improper, and when GameSpot‘s saying it, you know you probably shouldn’t be doing it. 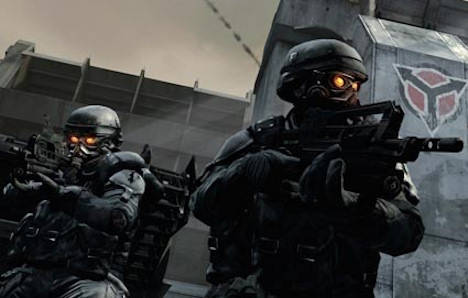 There’s no denying that games media is a competitive business. The blogs and the big sites all scrabble to be “first” with news, fall over each other to have exclusive details, and generally act like vultures, fighting over whatever scraps of game-themed newsmeat they can get their beaks sunk into.

It’s an element of games media I’m glad I don’t have to worry about anymore now that I am only obligated to work on reviews for Destructoid (all my news posts are extracurricular). However, as more and more blogs turn up and reviews become an increasing cause of sensation, controversy and validation among the gamer community, the same desperate, rather pathetic, scrabble to be “first” with one’s own opinions seems to be infecting the reviews sector with alarming frequency.

Which brings me to one of the more disturbing trends I have seen recently — the “exclusive” review. There are so many things wrong with the whole idea that I don’t know where to begin, but I’ll open by saying that if you tell me you have an exclusive review of any videogame, your opinion will automatically count for fuck-all with me. You don’t open an allegedly honest review by talking about the great favor the game’s publisher has done for your publication, and it is a favor. If you have an exclusive, there have more than likely been expectations, obligations and strings attached. A publisher never just does something out of the kindness of its heart. 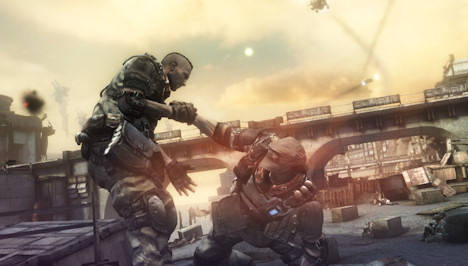 So, an exclusive review is already bullshit because it’s a blatant hint toward some deal having been cut. Even if the review is written honestly and the writer truly believes what he or she is saying, how the Hell can we tell? The publication has been given an exclusive review, which is tantamount to the publisher lending that site a money-printing machine for a couple of days. Even if the review is honest, it’s been tainted by the stink of “exclusivity,” the strong implication that a deal was brokered prior to writing. Those reviews are worthless to me.

Exclusive reviews also tell me that a publisher is trying to control opinion of its game (crazy, I know) and, as such, the game isn’t strong enough to stand on its own without press manipulation. Exclusive reviews betray a lack of confidence in the publisher, and also goes against the very idea of what a review is meant to be — telling as many customers as possible that they should buy this game. Or not. While I’m not saying KZ2 is a bad game (I’m expecting excellence), or that Sony is worried per se, the outside appearance screams “we don’t want opinions we’re not involved with.”

Unfortunately, however, it would seem that many writers in the industry have sacrificed their pride and dignity just so they can be “first.” It’s a prevailing attitude on the Internet — people who have nothing of value to say, but want to make damn sure you know they spoke first. There are armies of readers out there who will enable this too. They don’t care how well-written or in-depth a piece of writing is, they just care that it’s in front of their faces right here and right now.

Because reviews are big business and being “first” is paramount, people will do whatever it takes to compete and win the race, and I think publishers know that. They feed off the desperation of the gaming media, and it gives them power to control and manipulate. Because some writers will do whatever they can for an early review copy of a game, the balance of power shifts directly to the publisher, who can dictate terms, tell a reviewer what can and cannot be written about, and generally bend that writer over and fuck him in the arse. Too much of games media appears to be in the pocket of the publishers, and that’s not right at all.

I have nothing but respect for a media outlet that doesn’t mind not being first, and cares more about giving you the most in-depth and intelligently written review out there. Kotaku and GameSpot, I fully admit, did the respectable thing in this instance, refusing the join the mad rush of people grasping to beat the others. In fact, with Kotaku doing first an impression piece to be followed by a full review, that’s probably a smart way to drive traffic even more. 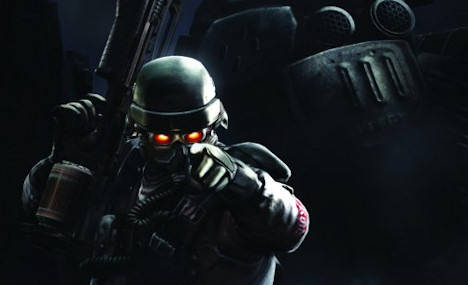 As the guy in charge of reviews at Destructoid, my general rule for the writers I work with is simply this: It’ll be ready when it’s ready. Write a review when you’re confident you’ve played the game enough, not when you feel you need to write about it. If a publisher wants to send us a review copy, then great. We quite publicly have no problem taking free stuff that eases our budget. But if that copy comes with strings attached, then sod off. Some companies doesn’t like us and don’t want to send us games because we won’t lie? Fine, we’ll buy them ourselves and keep saying what we want about them.

It would be nice for us to be able to make embargo lifts and do day-and-date reviews a lot more than we currently do, of course it would. It’s something I intend to work on more this year, but not at the cost of providing the best damn reviews out there. To say it best is more important than to say it first, and that means our reviews are, as I say, ready when they’re ready. If that means we can post the review before its street date, terrific. If it means the review goes up a month after release, well that sucks on a competitive level, but at least we know the review will come with the required experience. You can post your little review up first if that’s what’s important to you, but if you had to cut corners or play the bitch to get it done, then it’s not important to me.

As for our Killzone 2 review?

It’ll be ready when it’s ready.