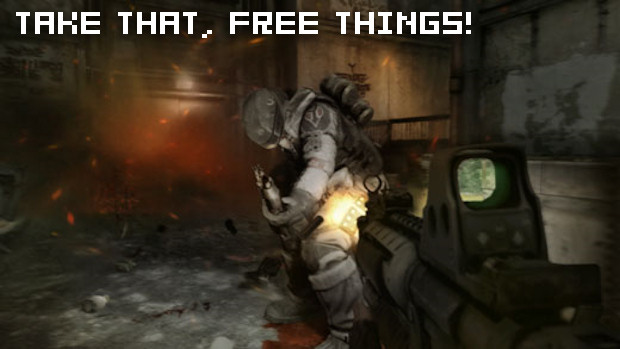 The Killzone 2 “Steel & Titanium” map pack was rumored to be a free download, but such belief has exposed the naivety of the common gamer. Far from being a freebie, these two maps will instead demand the princely sum of $5.99. That’s kind of a lot for just two maps.

When I first heard about the DLC, I was keen to try it out, but considering you could get a whole PlayStation Classic for that much cash, this bears a bit more thought than I had first intended. How many of you will be shelling out the cash for these maps?

Note to Sony: It’s probably not a good idea to list two maps for $5.99 on the day Valve releases two maps plus a whole new mode for free.