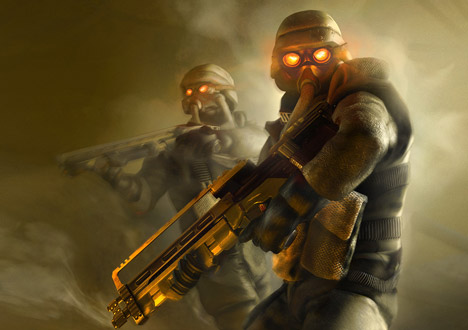 The word “delay” has been a constant companion to the PlayStation 3. To the Sony faithful, it’s more of a continuous thorn in their sides, and is often mentioned alongside phrases that contain strings of painful words such as “tricky to program for,” and “development problems.”  Familiar as that may be, it isn’t always the case. In fact, with one highly anticipated game, it’s quite the exception. According to SCEA’s Ron Eagle, Killzone 2‘s delay is more of a strategic move on the part of Sony management:

Just wanted to add a quick reply on the ‘delay’ of Killzone 2 to Feb 2009. To be clear, there is nothing wrong or causing a delay to the development of the title. We (SECA) had to look at the fall calendar with SOCOM, LittleBigPlanet, MotorStorm: Pacific Rift, Resistance 2, plus some PSN titles and make a decision where each game should come out. Killzone 2 was moved to Feb 2009 to make sure we didn’t have three shooters in the marketplace competing for retail dollars during the same holiday season. The game will be great and it will be out in Feb 2009 in both Europe and North America.

It’s great to hear that Killzone 2 is coming along as planned, and extra time to polish up the game sure can’t hurt, but a delay is still just that… a delay. Did the suits at Sony make the right decision by deciding to release the game after the crowded holiday market, or should that fate have been reserved for something a little less Killzone?