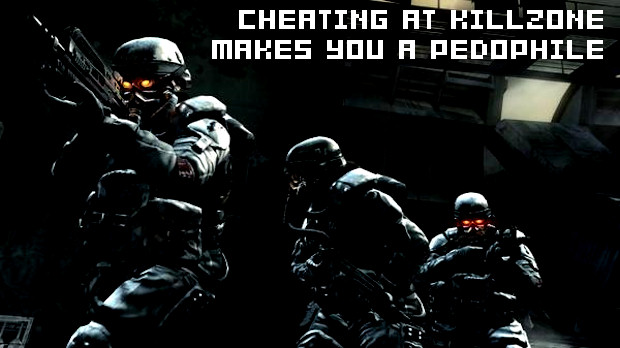 Killzone 2 is an excellent multiplayer game, but that hasn’t stopped it falling foul of a few bugs and, by extension, dirty glitch exploiters. It would seem that, while Guerrilla has been letting a number of infractions slide, the studio is reaching the end of its tether and offenders may now run the risk of a PSN ban.

The news comes via Twitter, that social networking site that most of you hate hearing about. The official Killzone Twitter made the stark warning, so any of you currently falling through floors or finding other nefarious ways to cheat death and claim an easy victory should be prepared.

“Glitchers risk losing their PSN ID altogether,” warns Guerrilla. “We’ve been quite lenient so far but that’s going to change.”

Looks like fighting words to me. I guess I’ll stop doing that thing where I put a forklift truck in front the elevator so the Helghast can’t get out.