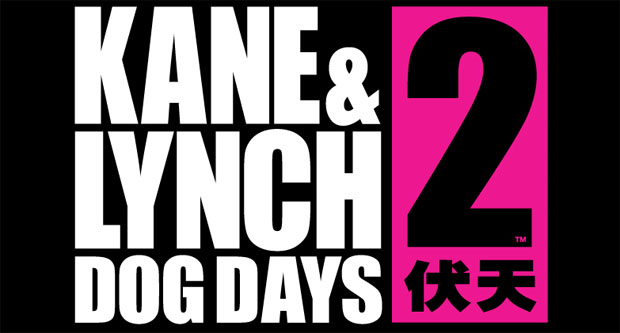 Square Enix Europe (formerly Eidos) has today confirmed that Kane & Lynch 2: Dog Days is coming to the PS3, Xbox 360 and PC next year. The follow-up to 2007’s Kane & Lynch: Dead Men, the new saga will follow our titular killers as they wend their merry way through the Shanghai Underworld.

Two new videos have been released, one of which is and extended version of the viral teaser we showed a few weeks back, where a dog is battered to death with a chair. There is also a brand new one, “Bowling for Shanghai,” which appears to be following the same viral “CCTV” style.

The promotional material looks and sounds promising, but then so did the promo material for the first one, and we all know how that ended. Nevertheless, I love the characters of Kane and Lynch, so I really hope that Dog Days improves the series. Perhaps the guiding hand of new publisher Square Enix shall improve the quality.

We shall see, and I’ll definitely remain positive. In the meantime, watch the above teaser and hit the jump for another one.

Kane & Lynch 2: Dog Days is a raw and brutal crime shooter designed to take players on an even more intense story experience, following two of gaming’s most disturbed criminals, through the gritty Shanghai underworld.

Introducing a new visual experience, Kane & Lynch 2™: Dog Days is inspired by documentary filmmakers and the user-generated era. Every aspect of the game has been designed to deliver a fresh perspective to the words ‘intensity’ and ‘realism’ in video games.

“Gamers are always looking for something new and that is exactly what they are going to get with Kane & Lynch 2™: Dog Days,” said Niels Jørgensen, general manager of IO Interactive. “A special thanks to gamers worldwide for their feedback. They are certainly in for a shock as we, with immense pride, welcome back our two dear, violent and somewhat unfortunate friends.”

Kane & Lynch 2™: Dog Days will be released on the EIDOS games label and will be coming in 2010.