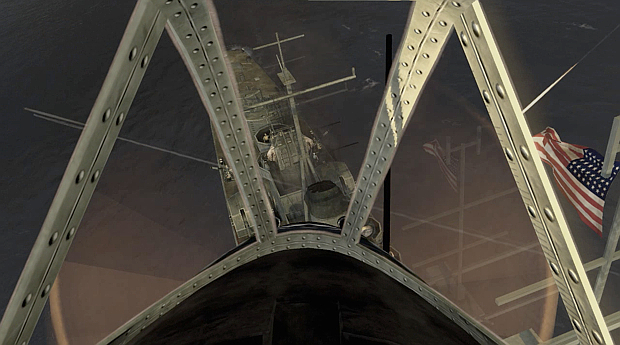 Finally, a developer gets me. I spend a good portion of my time as a WWII pilot in various videogames dive-bombing precious targets with reckless abandon. Unfortunately, most games don’t reward me for my individual (and explosive) heroics. But it appears as though Battlestations: Pacific will. Today, Eidos and Warner Bros. Interactive Entertainment released a new trailer for the game.

And it features the dreaded Kamikaze pilot.

Apparently there’s an entire mode dedicated to Kamikaze. I like the sound of that and I especially love what I’ve seen of it. After the break, you can watch a few pilots get their wreck on with a few lucky U.S. ships.

The trailer says that the Kamikaze attack changed war forever. Forget about nuclear weapons, folks — smashing into boats with planes is really what changed war.