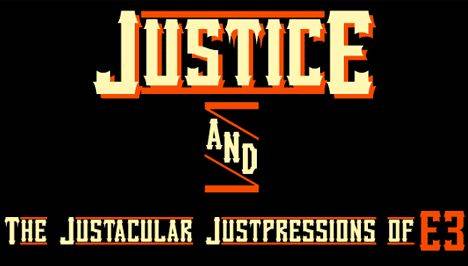 [E3 community blogging contest winner: Justice gives us his justpressions on the three conferences and some of the games that were shown.]

Anyway, enough of the talking, let’s get it on! 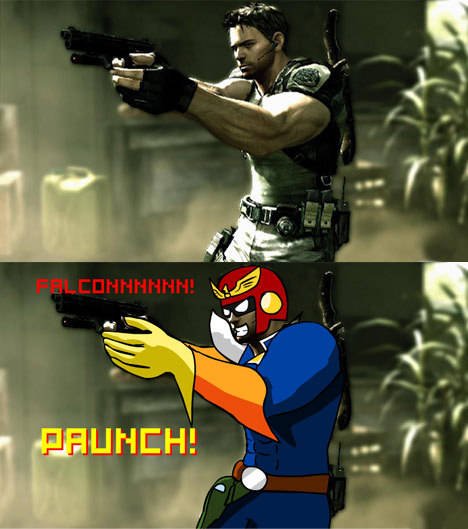 Resident Evil 5 looks great. I especially like Chris Redfield’s Falcon Punch that knocks back enemies. The co-op looks cool, although I haven’t spent much time with Resident Evil 4. I liked it a lot and can tell that I probably would enjoy Resident Evil 5 too.

The co-op appears to work well, with the whole “I’ll give you a boost to the rooftop full of zombies and then snipe them to help you out” factor set to max. 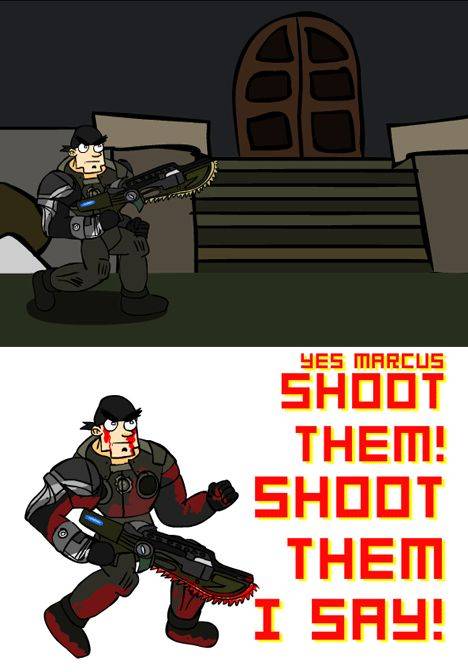 Gears of War 2 is very appealing. I’m especially intrigued by the capture the flag mode where the flag is an actual player and the new “finishing moves”, as well as the flamethrower. I know a lot of people (apparently) thought that the story in the original was deeply lacking and that the original was too gruesome, but I felt the story was decent. It at least gave the characters a minor reason to shoot the crap out of the bad guys. I also felt that the blood was just a part of the game, as long as it doesn’t turn you on I think you’re all right. 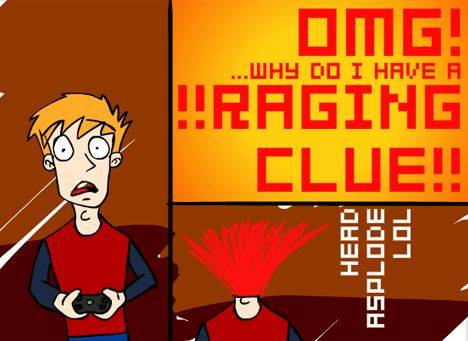 Sales figures and movie partners I’m not interested in. Moving along. 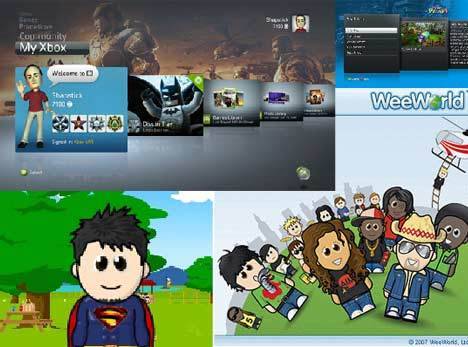 The avatars are alright I guess. A lot of people compared them to the Mii’s from Nintendo when the pictures first released. While I agree with that comparison to an extent, I wouldn’t say they stole them from Nintendo since Microsoft already had WeeMees before hand, thus it’s likely they were going to implement them into the Xbox eventually. Though they may not have turned out the same way had Nintendo not brought out the Mii. 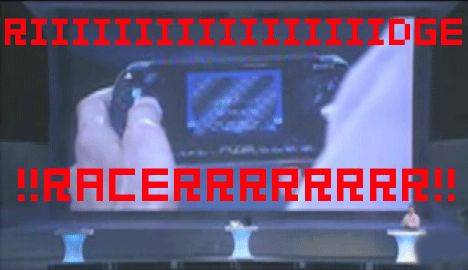 Originally, the new dashboard didn’t really interest me until I saw Kryptinite’s post showing images of the dashboard in different menus and with themes. Now I think it looks great and it’s a lot more simplistic. I still prefer the blades to the menu of the new dashboard since the blades sorted things better. However, I very much like the new in-game Xbox guide. It appears to make chatting to friends and sending messages easier.

The community channel appeals to me especially because of the Live party feature. Up to eight users can chat at one time (I’ve been waiting for that for a while). Streaming photos to and launching games with the party also appears to be nice added features. 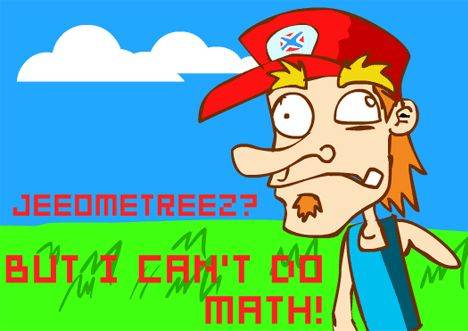 The new Geometry Wars game looks SW33T! I first got to play a game in the series when I played the DS version (which is a great game in itself). This caused me to try the demo of the XBL version, which is almost as great (the touch screen functionality just seals the deal for me).

I’ll probably pick up Portal: Still Alive when I get a chance. I played the original briefly at a mates (I still need to pick up The Orange Box) and enjoyed it a lot. Plus, I finished the flash game (as if that somehow accounts for something).

The South Park game could be good. I haven’t played a console one since the N64 game, which I thought was awesome at the time (having never seen the cartoon before).

There will have to be a Banjo and Kazooie demo before I buy the game. I just don’t feel like it’s the same game, but obviously I haven’t played it so I’m just basing my opinions on videos and screenshots, so that could change. Also please note, Banjo will never be recognized as the Microsoft console mascot, for various reasons including the fact that he started out on the N64 and he’s not known as globally. Plus we all know that the mascot for Microsoft is Blinx the Time Sweeper (note: why does he fight pigs?). 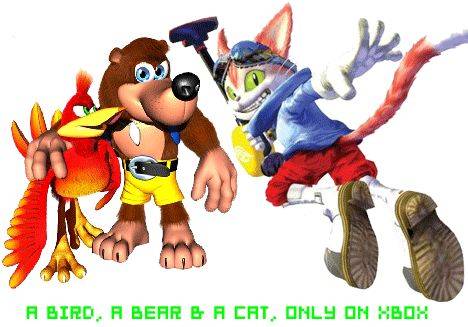 You’re in the Movies looked crap. It was funny to see Shane bouncing like a clown, but like I realized when I bought the EyeToy all those years ago for my PS2, the game will probably have very little replay value. The PlayStation Eye has a lot more functionality and value. 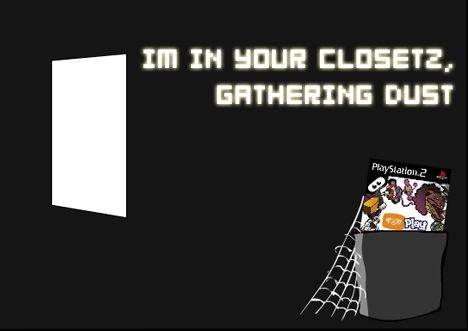 Lips actually looked alright. I’m reserving judgment till more of it is shown, but the Zune (lol) and iPod connectivity is an added bonus. What else separates this from SingStar is yet to be seen methinks.

Last Remant and Infinite Indiscovery both look beautiful of course, but I’m still going through Lost Odyssey so I’m not sure if I’m ready for either of those. Plus I have no idea what the main differences between them are (other than the story) so I currently have no clue which one I would be more likely to pick. Lost Odyssey is my first console JRPG and I’m enjoying it thoroughly so I would probably end up picking one of them. 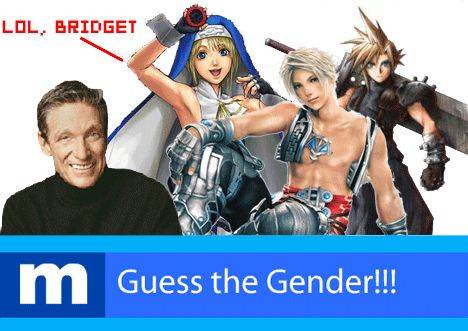 Final Fantasy 13 looks nice. I haven’t played any in the series other than demos of FFX and FFX-2 but obviously the series has been recommended to me by so many people. Plus some of the Monthly Musings on the characters have shown me how great games in the series can affect people (plus the custom Munnys) that this may be my first Final Fantasy.

OK, Nintendo killed their press conference in a Rosie O’ Donnell pushed off of a 50 floor building and landed on you kinda way. Honestly, one of their worst E3’s since who knows when. This press conference solidified my thoughts that Nintendo has given up on “core gamers”.

Here are a few reasons why: 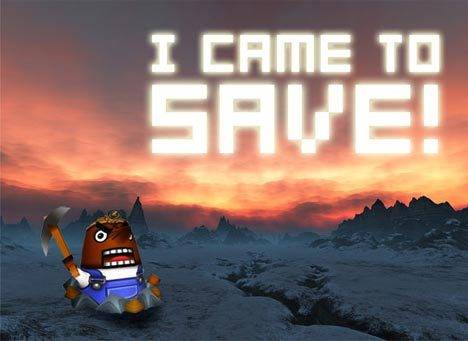 1. Reggie doesn’t understand why people are disappointed. How can he not understand? Oh wow, I didn’t realize everybody was waiting on Animal Crossing and now our prayers have been answered. Grand Theft Auto on the DS? Why didn’t you bloody tell me? Now I can squint at a tiny screen while trying to shoot enemies from a probably isometric view. When I read this on Destructoid, I thought Jim was writing a funny article. Honestly if it’s satire, tell me now. 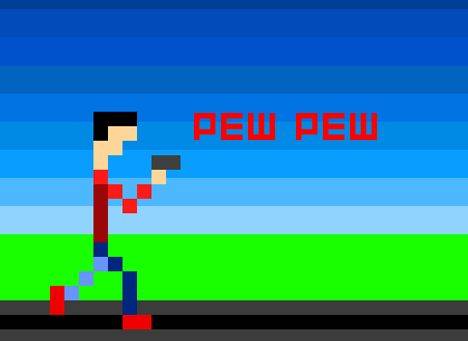 2. Pikmin 3 was pushed to the side, almost as if Shigy didn’t want anyone to know. Like he had to whisper to everyone “Psst Pikmin is coming!”. Why wasn’t it mentioned in the main conference, even if it they had nothing to show for it? Why did someone have to ask about it for it to come up?

There are many other reasons, including the cancellation of Project Hammer, but lets get back on track with the announcements. 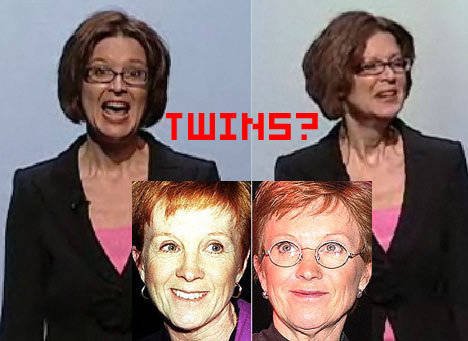 Before I do that, let me just ask a question. Who the heck is Cammie and why the heck was she on stage? Was she meant to appeal to the mothers? It doesn’t help that her neck is stringier than a string orchestra. As one commenter noted, it looked as though her head was about to fly off. Also did she say she broke her hand snowboarding to introduce the Shaun White game? Anyway, moving on.

Wii Motion Plus is the only saving grace of this conference to be honest, but it was revealed before hand, and that saving grace is lost since it’s going to cost us when it should be free. It’s doesn’t work with the zapper (something that they didn’t even consider) and the fact that Nintendo is considering replacing the current Wiimotes with Wiimotes that have MotionPlus built in. Though, I think this is a good idea as long as they don’t charge (which of course they will).

Animal Crossing looks alright, as noted by many. It looks exactly the same as the other incarnations, although the Mii inclusion is a nice added bonus. It’s not really my type of game anyway. 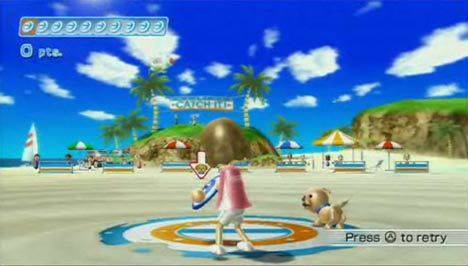 Wii Sports Resort looks nice and it’s obviously just to show off WiiMotionPlus, in the same way Wii Sports showed off the Wiimote. The games aren’t that appealing if you exclude the MotionPlus inclusion, but the Jet Ski and Sword games look pretty fun (GIMMICKY!). This begs the question: why isn’t there a Wave Race for the Wii? Actually the Frisbee game looked pretty cool, if only because of that adorable dog. 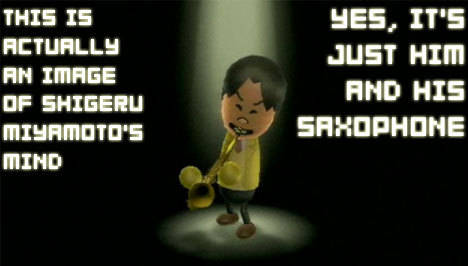 Wii Music looks alright, though as Tiff & Rev stated, it looks like there’s no goal and no way to lose, so it’s pretty much for drunk times I would guess (Look I don’t really drink). The lessons aspect looked pretty interesting, and the only replicated instrument that actually looked like it worked properly is the drums (and the cowbell!), though I think it’s ridiculous that I would have to pay for a Balance Board to have the foot pedal for the drums (I don’t know if there will be an alternative). 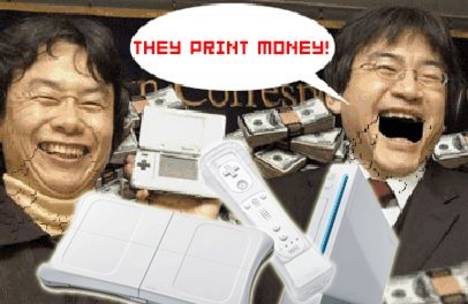 That’s all there is to say about that press conference. IT WAS TEH MAJOR SUXORZ.
Sony:

The first MotorStorm was quite a good game. To me, the game got bland since it all looked the same. I like the setting for the new game, as it reminds me of the Hawaii area in Burnout 3 with lush jungles. Hopefully it will turn out to be a classic.

The Resistance 2 battle was a big teaser, while I haven’t played or seen much of the original, the trailer was enough to make me want to try it out. 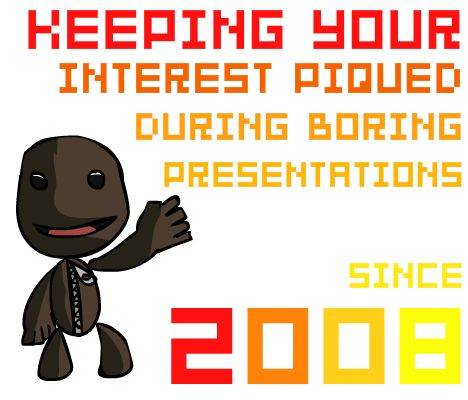 The sales figures presentation using Sackboy was such a great idea. It actually made it entertaining. Ratchet & Clank Future: Quest for Booty looks like a great game, and it’s an ever better idea that they’ve decided to make it a shorter, downloadable game. Hopefully, it will open more people’s eyes to the characters and series.

Here are my quick thoughts on some of the games they showed at this point: 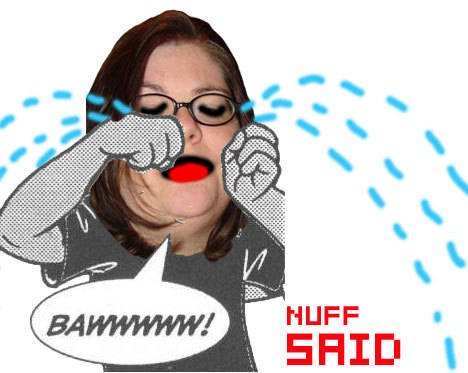 Fat Princess: Funny, even funnier that it upset someone.

Rag Doll Kung-Fu: Fists of Plastic: The PC version is so hilarious and fun to play, I spent countless hours playing it with mates during lessons, so hopefully it will translate well into a more fleshed out game. From the trailer, it appears to have done so.

Flower: I mentioned on one of the blogs that it looks like it employs Katamari Damacy styled gameplay, as in rolling over grass to make flowers bloom. Visually, it looks beautiful and I’m sure it will be great for those times when you don’t really want to play a deep game but  just want to relax and enjoy something.

Home looks to be for those times as well. I especially like the themed game spaces. While it’s not really my cup of tea, I could see myself spending quite a lot of time with it.

DC Universe Online looks nice, but I’m hoping the Marvel one is superior since to me Marvel > DC (not flamebaiting here, just making my opinion known). The characters look like their comic book representations, but the gameplay hasn’t really been shown so as far as that goes we’ll have to wait. 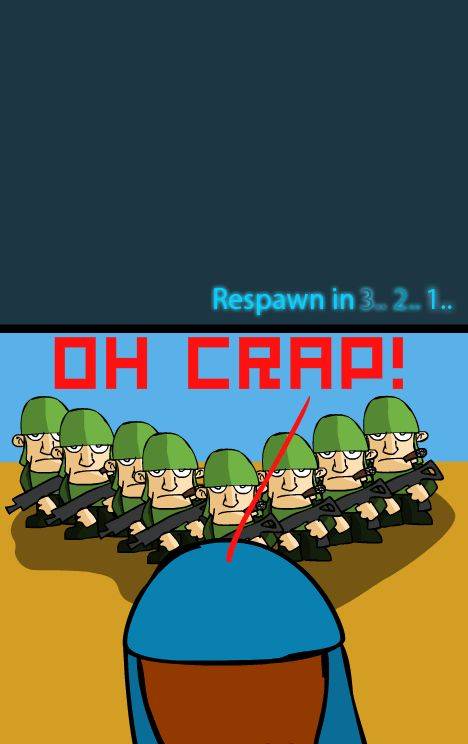 MAG looks very interesting. I can only imagine how fun it would be with 256 people online. Though the thought of all these characters brings a few questions to mind such as, “How will they make sure you don’t spawn right next to another team of eight?”, “How much health will each player have?” and “How will the ranking system work, if there is one?”. All will be revealed in due time.

There’s some good things heading to the PS3, and some things which we need to see more of, like LITTLE BIG PLANET!

Overall Sony’s press conference was decent/borderline good  but then again, none of them were that great, were they?

Thanks for reading folks!