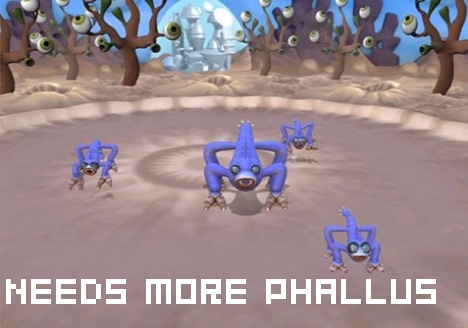 Today, the NPD Group released the sales data for all US PC software sold before June 21. EA and Maxis’ penis-monster invention tool, Spore Creature Creator, came out on top of the list. Also according to gameindustry.biz, the game hit number six on the “All Categories” list among other popular titles such as Windows Vista and Microsoft Office.

I daresay that it looks like EA and Activision/Blizzard/Vivendi are the publishers to check out when pondering the future of PC gaming. Look at that diversification! If only every publisher knew how to create a portfolio as wonderfully unique as Electronic Arts’. It must be hard, to be so big, and have so many innovative ideas. Not to mention that new game called World of Warcraft. Anyone get a chance to play that yet? I heard through the wire that it was decent, but wouldn’t stay fresh for long.