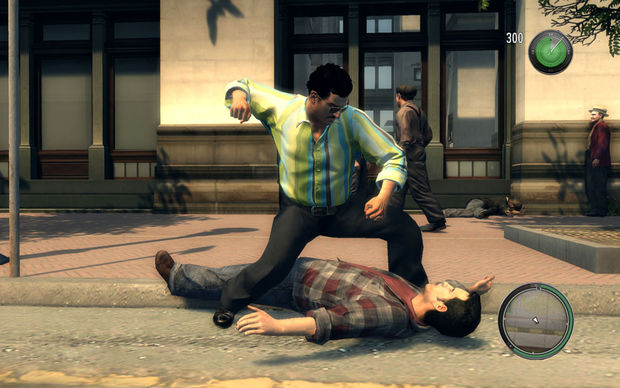 The content will have players stepping in the shoes of Barbaro, long-time friend of Mafia II protagonist Vita Scaletta, with all new narrative content. The downloadable content will include new locations, including a train station, the cathouse, a boat yard, as well as other unexplored areas of the game’s Empire City.

“Joe’s Adventure” seems to answer some complaints gamers and reviewers had about there not being much outside of the main story thread — it will feature a number of optional arcade-style quests, complete with a points system and leaderboards (similar to those found in previous DLC packages, the PlayStation exclusive “The Betrayal of Jimmy” and multi-platform DLC “Jimmy’s Vendetta.”). Expect new music and new clothing, as well.

No date or pricing has been set for “Joe’s Adventure,” which is scheduled to hit Xbox 360, PlayStation 3, and PC. Personally, I find the title a bit odd — I don’t really associate the word “adventure” with Italian mobsters. Sonic goes on adventures… not so much gangsters. Is that just me?