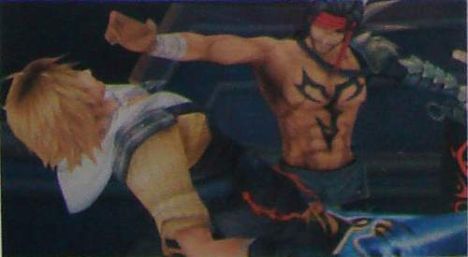 Well, it’s no playable Auron (God, I want Auron in every game), but having Jecht show up in Square’s upcoming action title Dissidia is not so bad. While Tidus was in the rumored characters list back in January, all we had was art to suggest that Jecht might make the cut. Check out the Famitsu scan in the gallery with the pics of the characters for confirmation.

No release date for the game has ben announced just yet, but this may get your blood pumping if Crisis Core has been your favorite title on the PSP to date. In the meantime, you can go ponder the official site and wonder just what they mean by “Dramatic Progressive Action”. Is that a new genre?

[Via The Magic Box — Thanks, Eternal Death Slayer!]