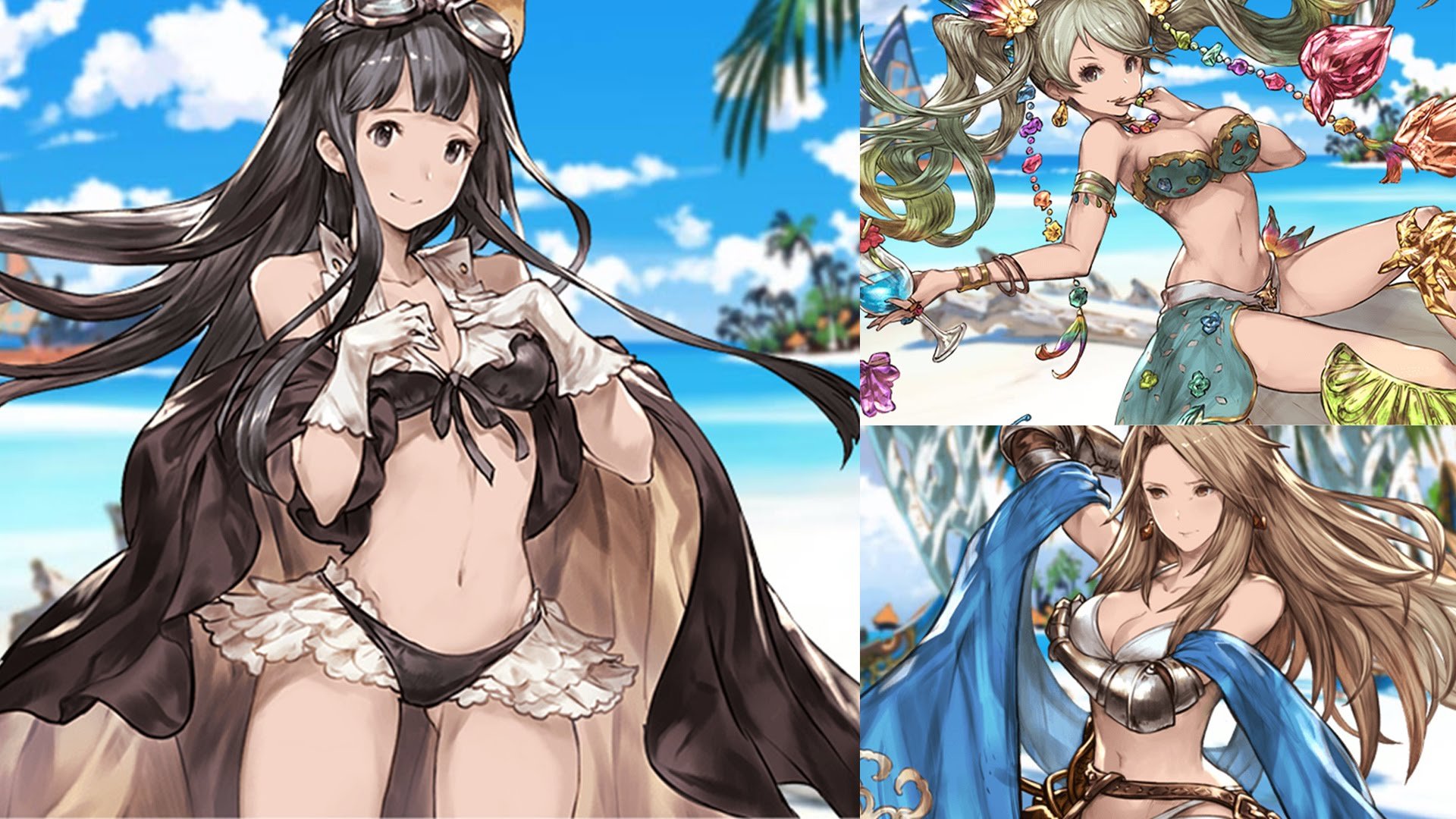 I don’t drop that on games in a YEAR!

Granblue Fantasy is huge in Japan. Brett wanted to know what the gigantic (air)ship covered in cat girls (models) was in one of Tokyo Game Show’s massive halls last year and it was a Granblue Fantasy booth. And, incidentally, given its name, it looks like a sexier, bustier Final Fantasy Tactics.

The mobile (iOS/Android) game had seven million downloads last new year and developer Cygames ran a promotion to double the chance of players getting rare character Anchira from one of its 300 yen (under $3) crystals. Normally it’s a 3% chance. People flipped. Millions of new players downloaded Granblue Fantasy for some reason. A Japanese man, “Taste,” started buying crystals trying to unlock Anchira like a mad man feeding bills into a rigged claw machine.

Over the course of one day he spent $6,065 on 2,276 attempts and finally got Anchira. The New Year’s promotion flipped a switch. People who spent slightly-less-but-still-ludicrous sums put together 2,000 signatures on a petition to alter Cygames’ practices. The company wound up acquiescing, offering credit to select whiners and instituting a 300-try-cap for getting the item you want. After $800, you get it regardless. And after Cygames started crediting folks, according to Bloomberg, “shares of the nation’s mobile gamemakers tumbled by a total value of more than $1 billion.”

Fear of a burst bubble. But revenue, in large part from these blind box type of purchase (buy crystals, then open them and hope they yield what you want), in the Japanese mobile space has been on the rise. Cygames’ parent company CyberAgent is Japan’s third leading mobile game company. Some of these games have as high an average revenue (from all paying users) of $373 a month. Imagine spending $373/month on the same game. Some of you lucky, not-San-Francisco-living jerks probably don’t even pay $373/month for rent. Right? Admittedly I’m a little skewed and don’t know geography. Regardless it is less than here, which is too damn much.

$6,065 Spent in One Night Shows Dark Side of Japan’s Mobile Games [Bloomberg]