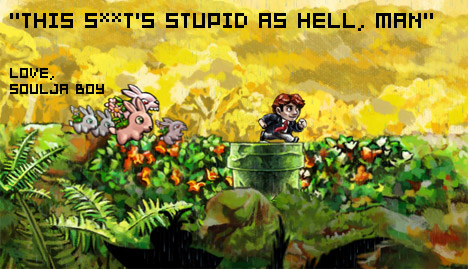 Microsoft wants you to know how “stellar” of a year it’s been for Xbox LIVE Arcade, and you better believe the company has some hefty figures to back up such a claim.

Starting it off with none other than Achievements, Microsoft says gamers have earned upwards of 1.25 billion Gamerscore points and unlocked 100 million Achievements thanks in part to games like Doritos: Dash of Destruction.

Moving on to the quality of the games themselves, the highest rated XBLA titles on Metacritic for the year included Braid (93), Geometry Wars: Retro Evolved 2 (90), Super Street Fighter II Turbo HD Remix (89), and Portal: Still Alive (89).

Remember the unbelievable Summer of Arcade line-up? It was a huge success, unsurprisingly. Those five solid weeks led to a 58 percent increase in unique members purchasing games, while August broke the monthly revenue record by 67 percent. Too bad every month isn’t packed full of good games, huh?

As for next year, don’t forget that Lode Runner, The Dishwasher: Dead Samurai, South Park, Puzzle Quest: Galactrix, and R-Type Dimensions are all in the pipeline; sounds like a decent start to me.

Tis the Season to Be Jolly: 2008 a Stellar Year for Xbox LIVE Arcade

Oh the weather outside is frightful – so grab a cup of cocoa and enjoy this year’s biggest hits on Xbox LIVE Arcade. Gamers and critics agree that 2008 was a stellar year for Xbox LIVE Arcade, which saw record numbers and the most impressive line-up of titles ever.

Santa’s making a list and checking it twice – he knows that Xbox LIVE Arcade is home to the best pick-up-and-play downloadable games available and some of the year’s best titles. In fact, the games have been so good that people have earned more than 1.25 billion (yes, that’s billion with a “b”) Gamerscore and unlocked nearly 100 million Achievements in Xbox LIVE Arcade titles to date.

The Xbox LIVE team launched some of the highest rated titles this year, with more than 60 games scoring an industry-leading metacritic rating of over 75.

“Braid,” beat out big-budget blockbuster retail titles and was named the #2 video game of the year by TIME, “Best Independent Game” of the year by G4TV, and #5 game of the year by Associated Press. Developed by Number None, Inc. and published by Microsoft Game Studios, “Braid” is the No. 1 highest-rated game of all time on Xbox LIVE Arcade, and continues to be one of the top Xbox 360 games available. It even had the highest metacritic rating of any downloadable game this year with an astounding 93 (which was on-par with retail titles like critically acclaimed “Gears of War 2” and “Fallout 3”).

We know gamers have been enticed by this impressive line-up – 110 million trial games have been downloaded on Xbox LIVE Arcade to date.

“Momentum for Xbox LIVE Arcade has been incredible this year,” director of digitally distributed games for Microsoft Scott Austin, said. “Xbox LIVE Arcade has really become the top destination for premium downloadable games. And we’ve got a long list of games coming out in 2009 that we think will be just as incredible as what we already have on the service.”

While these new records ring in a winter wonderland, they come hot on the heels of the scorching Summer of Arcade – the most successful season Xbox LIVE Arcade had ever seen. The summer’s best titles which were released over the course of five weeks including “Bionic Commando: Rearmed,” and “Galaga Legions” led to a 58 percent increase in unique members purchasing titles. August broke the monthly revenue high at the time by 67 percent.

After all the eggnog and holiday pudding is gone, Xbox LIVE Arcade has another blockbuster-packed lineup of games coming out in 2009 – so look out for titles including “Lode Runner,” “The Dishwasher: Dead Samurai,” “South Park,” “Puzzle Quest: Galactrix,” and “R-Type Dimensions” to ring in the new year.