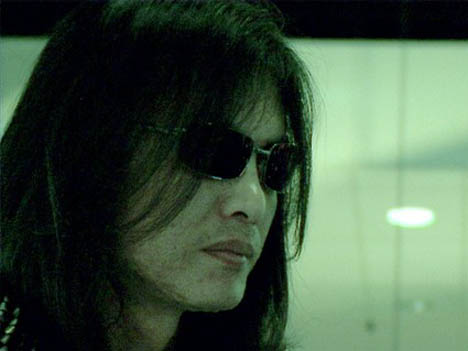 The last time I ran into Team Ninja head man and Ninja Gaiden director Tomonobu Itagaki, he was a happy son of a bitch. He had new games lined up, his army of scantily clad girls in tow, and his sunglasses were shinier than ever. Not so much today, though. In fact, he seems a bit angry.

1Up has the low down on the story of Itagaki’s departure from Team Ninja. It seems that he is suing Tecmo for unpaid bonuses, claiming damages in total of 148 million yen. Itagaki’s aide Andrew Szymanski sent along a statement from his boss, which also said that Itagaki will resign from Tecmo Co., Ltd. on July 1st.

The dispute is over an unpaid bonus for the Dead or Alive 4 on the Xbox 360. Itagaki was promised a payment after completition, but never saw that. He says that his boss told him to either quit or sue if he was unhappy with this.

Itagaki also sends along an apology to you, dear gamer:

“I truly feel sorry to all the fans of the games I have made. Ninja Gaiden 2, which will launch on the 3rd of June will be the last Ninja Gaiden I will create. I will also never be able to make Dead or Alive 5. I regret the circumstances that have forced me to leave Tecmo, where I had worked for so many years, and I regret the disappointment this will cause my fans. However, I can no longer continue to work with President Yoshimi Yasuda, a man who chooses not to honor promises even when he is able to do so. I truly hope that nothing like this happens again in the future.”

What do you think of all of this? Do you think Itagaki will be alright?