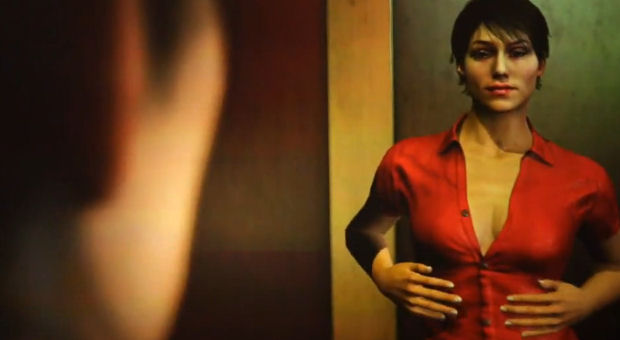 Heavy Rain arrived this week, stuffed in a fancy box with all manner of promotional material. I can’t talk about the game itself right now until the embargo, but what I can talk about is the pre-release hype, and the way in which is seems to undermine the accomplishments of videogames as a creative medium.

You’ve doubtless heard game director David Cage talking about his “interactive drama,” likening it to movies and almost distancing it from videogames, trying to make out that it’s something more than a mere game. I would like to direct you to the aforementioned promo material I received, and two statements that really stuck out for me. They are as follows:

Hit the jump to find out why this is a problem.

Spotted the problem yet? If you haven’t, let me make it clear — Quantic Dream is not in the movie business. It’s in the videogame business, and it should be comparing itself to the best of its medium, not the best of other mediums. When I see a game promoting itself by saying it’s “movie quality,” do you know what that says to me? It says that videogames are not as good as movies. It says that the more gaming emulates film, the better videogames will be. And that’s bullshit.

It’s a disservice to videogames to claim that your title is good because it’s as entertaining as a movie. That essentially discredits the hard work of game writers and directors, who have a hard enough job as it is in trying to convince people that games are a legitimate work of creative entertainment. The last thing they need are having members of their own industry implying that credibility comes from a direct comparison to other mediums.

This attitude towards the relationship between games and film is why we have so many arrogant Hollywood directors thinking they can make terrific videogame movies. Just take the failed Metal Gear Solid film, for example. Metal Gear Solid already tells a brilliant story, and if you want to pull a Quantic Dream, you can argue that it rivals any film and possesses these so-called Hollywood production values. Metal Gear Solid already does enough to be “cinematic,” but some people were egotistical enough to think they could do better. Because, of course, a story isn’t legitimate until it’s been in a movie, right? That’s the only way narrative can gain credibility for these people.

Silent Hill is another fine example. Nothing wrong with that game’s narrative, and yet they made a film out of it — not a very great film, either. A BioShock film is also on the cards, despite that game’s story being helped along by its interactive nature. This attitude that any game with even a semblance of plot would be improved in movie form is ludicrous.

You can turn a book into a movie because you’re adding a visual element missing from the books. When you turn a game into a movie, you’re not adding a new element. In fact, you’re taking an element away — interactivity. This is why game movies fail so often, because something is always missing and it can’t be emulated. So why is it, then, that so many film makers persist?

Aside from the money, the problem lingers in attitudes like Quantic Dream’s. This idea, rooted deep in tradition, that movies are the be-all and end-all of sublime narrative and top-notch production. I’ll concede that videogames might not produce the cream of the storytelling crop right now, but will they ever if developers are too busy trying to copy other industries rather than forge their own way? There’s all this talk about innovation in the games industry. If game makers are so innovative, why do they let their perceptions of entertainment tread water in this way?

I would ask that game developers stop looking from side to side and spend more time looking at themselves and the industry they chose to get into. Games don’t need to be compared to movies. There has been so much wonderful writing, emotional attachment, astounding insight and technological achievement in the medium of interactive entertainment that we don’t need to keep looking at books, films or television and trying to hold a measuring stick to them. Let videogames be judged by their own merits, not the merits of a completely different world.

Whether or not Heavy Rain succeeds in what it tries to do is a subject for another day, but the way in which Quantic Dream and Sony have chosen to promote the game seems to me to be a slap in the face of gaming in general. Let it not be said that Heavy Rain has “Hollywood production values” and a “Film quality narrative,” Let it instead be said that Heavy Rain has “Sony production values” and a “Quantic Dream quality narrative.”

Have some damn pride in yourself, in your industry, and in what you have created. Have enough respect for your creation that you let it stand on its own two legs without using Hollywood as a crutch. It’s high time developers stopped living in the shadow of the movie world and started to cast some shadows of its own.