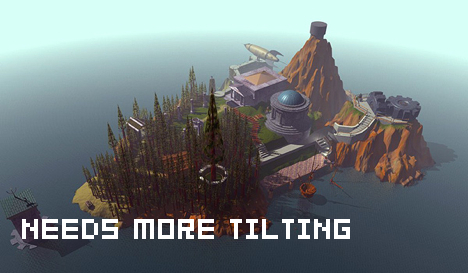 According to a Cyan employee on their official message boards, development of an iPhone version of Myst is under way. The project is being referred to as “small,” which explains the three developers currently working on the title. No other details have been explained past the fact that development of iMist is “…interesting and fun…”

Just like with everything else Myst, we’re in the dark. The other day, I actually tried to talk about Myst with a buddy of mine who doesn’t play videogames. He fell asleep in the process. Granted, it was six in the morning, but the original Myst wasn’t exactly one of the progenitors of cool. It was also silly hard and entirely too mysterious. I remember booting up the game, getting to a library and being bedazzled by the DVD books that were available. Then, I remember getting stuck on practically every puzzle because the game forgets to do one of those ridiculous things like “hinting.”

Regardless, iMyst at least sounds cool. I’m glad another established developer is stepping up to the plate in the iPhone world. I don’t know if I could take another Reel Deel Slots.