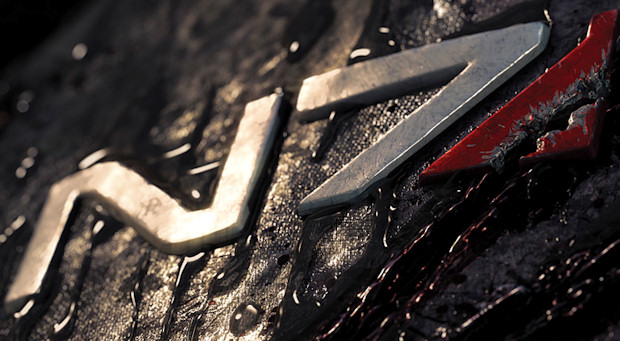 Another BioWare game, another luxurious special edition for you to spend obscene amounts of money on. We’re all getting somewhat tired of special editions here at Destructoid, but nevertheless, there is plenty of chicanery included in the Mass Effect 2 box for those who are still wowed by trinkets and pennywhistles.

Here’s what the Mass Effect 2 Collector’s Edition will include:

The special edition is priced at $69.99 on Xbox 360 and $59.99 on PC. Does this look tempting to you, or are you getting sick and tired of all these special editions? In any case, the special edition box art and exclusive armor are both featured in our gallery, so hit that and check out the hotness.

Edmonton, Alberta (November 5, 2009) – Recruit your crew and fight for the lost! Leading video game developer BioWare™, a division of Electronic Arts Inc. (NASDAQ: ERTS) today announced that the internationally acclaimed Shooter RPG Mass Effect™ 2 will also be released as a Collectors’ Edition in limited quantities. Available on January 26 in North America (Jan 29 in EU) alongside the standard edition, the Collectors’ Edition of Mass Effect 2 comes in a premium, tin case and includes the full version of the game, a 48-page hardcover “Art of Mass Effect 2” book, Issue 1 of the Mass Effect Redemption comic book, and a bonus DVD with behind-the-scenes and making-of videos. In addition, the Mass Effect 2 Collectors’ Edition will include unique in-game weapons and armor that can only be obtained by purchasing this version. With its larger-than-life hero Commander Shepard, intense shooter action, nuanced characters and a rich storyline, Mass Effect 2 is one of the most anticipated titles of 2010.

“We’re really excited to roll out this Collectors’ Edition featuring so many unique items, including special Collectors’ Edition armor and weapons and content that will surprise Mass Effect fans,” said Dr. Ray Muzyka, co-founder, BioWare and Group General Manager of the RPG/MMO Group of EA. “The limited edition comic book and bonus DVD will really enhance and expand the overall Mass Effect 2 experience.”

The Mass Effect trilogy is an emotionally charged science fiction adventure set in a vast universe filled with dangerous alien life and mysterious, uncharted planets. In Mass Effect 2, players will once again step into the role of the heroic Commander Shepard, commanding their crew of some of the most dangerous operatives from across the galaxy on a mission so challenging that it’s potentially suicidal. Featuring intense shooter action, a rich futuristic storyline, space exploration and emotionally engaging character interaction, the game delivers an unparalleled cinematic experience.

Mass Effect 2 will be available on the Xbox 360® videogame and entertainment system and PC. The Mass Effect 2 Collectors’ Edition will retail at an MSRP of $69.99 on Xbox 360 and $59.99 on PC. Mass Effect 2 assets are available at info.ea.com. Follow us on Twitter: https://twitter.com/masseffect2. For more information on Mass Effect 2, go to https://masseffect.bioware.com/.