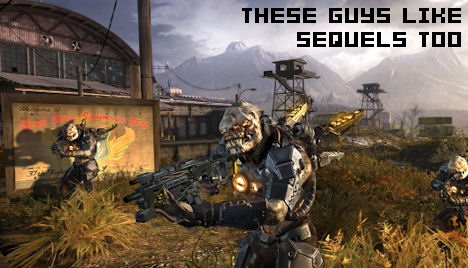 Insomniac Games CEO Ted Price has been sharing his appreciation for the most well trodden of videogame ground, the ever-present sequel. Price declares that sequels allow developers to “hit the ground running,” making for better games by cutting out all the preliminary fuss associated with a fresh IP.

“Developers can hit the ground running with sequels. The game’s story and art style have a solid base, the tech and tools are stable and the basic gameplay mechanics have gone through plenty of tuning in the first game.

It’s certainly a liberating experience when you’re no longer arguing over the main character’s name, or waiting for basic systems to be implemented.

The end result is usually a game that’s bigger, more polished and has more innovative features than the original game.”

I always found it funny how, with movies, the general rule is that a sequel invariably ends up inferior to what came before, but with games, sequels tend to be better. This goes some way to explaining that, I suppose. Developers spend too much time arguing about character names to make a good game the first time around …