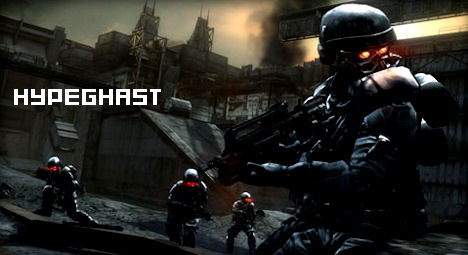 I’ll admit it — against my better judgment, I am getting excited for Killzone 2. I don’t want to be, because as far as I’m concerned, Guerrilla Games is an unproven entity and has done nothing to convince me that it so far deserves its status as a top PS3 developer. However, what I am seeing and hearing is almost enough to convince me that for once, a Killzone game will justify its hype.

Insomniac, developer of fellow PS3 exclusive Resistance, has done little to cool my jets on the FPS, declaring it “awesome” and assuring the world that the experience is fun. Insomniac community manager James Stevenson beat the game, and is declaring his love to the Internet.

“I did indeed beat KZ2 tonight and it is indeed awesome,” he beamed. “I know there will be plenty of comments, opinions, accolades and nitpicks, but for me, the game was fun … My favorite part of the game was when you get this certain weapon.”

Certain weapons CONFIRMED for Killzone 2! You better believe the weapons in that game are certain. They are certain as f*ck, son! Of course, it’s obvious that this man is a Sony fanboy and as such, we can’t listen to a single word he says, but if this animated GIF is anything to go by, Killzone 2 is looking gorgeous and, hopefully, will play just as beautifully.

Not that I’m getting unrealistic hopes up or anything.