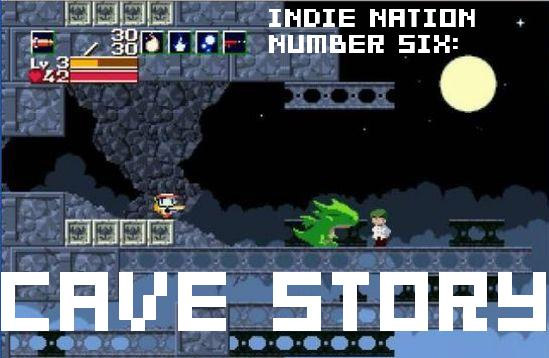 How does one even begin to do justice to Cave Story? Lengthy, clever, and beautiful, this incredible Metroid-esque side scroller is not only one of the single best indie games ever made, but also one of the most important.

Daisuke Amaya created a world of robots and bunnies and sorcerers which, despite its friendly SNES-era look, truly contains one of the most challenging and satisfying nonlinear 2D shooters ever made.

Honestly, if I found a way to put Cave Story on an SNES cartridge, go back in time to the 90’s, and sell it as if it were just your regular big-budget game, nobody would hesitate to call it one of the greatest games of all time. But lucky for us — and some would say unluckily for Daisuke Amaya — Cave Story is absolutely, completely, 100% free.

If you haven’t already played it, hit the jump to see what you’re missing; if you have, then watch in horror as I completely fail to describe its grandeur.

Cave Story took one man five years to create, and it shows. Absolutely everything about the game is so polished, so perfect, that only years of dedication and hard work could possibly have gotten it to the level of — to borrow a word from Concelmo’s vocabulary — amazing–ness you see in the final product.

The music is great, the graphics are fantastic, the level design is occasionally confusing but ultimately wonderful…there’s literally nothing not to like in Cave Story.

And even if you’re going to compare it to Metroid or Castlevania — which, considering its huge, quasi-nonlinear maps and upgradable weapons, you might as well — it still has a much stronger story than either of those two games could ever hope to achieve. 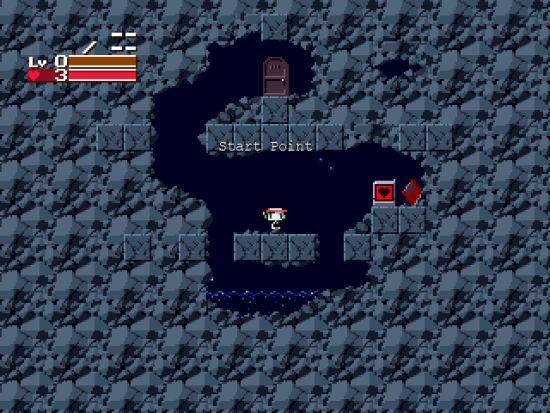 Without going into too much detail, Cave Story essentially throws you into the shoes of a nameless, red-hat-wearing protagonist, and puts you in the middle of a civil war between combat bunnies and evil robots. And demons. On your quest, you’ll meet many memorable characters and experience a few story twists and turns that you’d never expect from a game this cutesy-looking. Characters die, secret identities are revealed, and you’ll ultimately get a hell of a lot more out of the narrative than you might have ever assumed possible.

Unusually effective story aside, however, you’ll be playing Cave Story for the gameplay — and boy, is there a lot of it. It took me about twelve hours to finish the game on my first go, which is motherfucking insane for a free indie title.

As you progress through the game, you’ll get different upgrades to your different weapons. Blasting enemies makes them drop gold experience chips, which, when collected, help level up whichever weapon you’re wielding. Each weapon (blaster, missile launcher, flame launcher, and others) can be upgraded three levels, at which point you become a gunslinging God. Take some damage, however, and your weapon level will decrease (along with some of your health), forcing you to scour the world for experience chips once again. 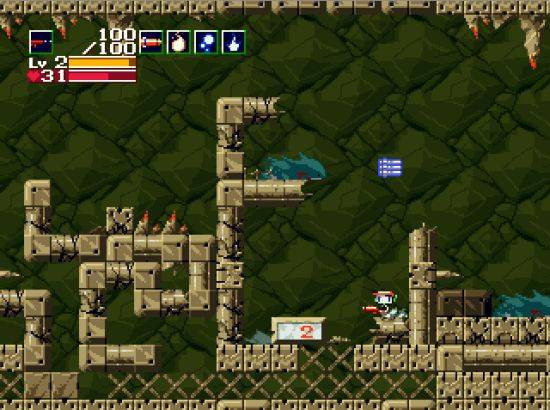 Cave Story‘s weapon upgrade system, while simple, really adds a hell of a lot to the game. You’re constantly fighting to max out all your weapons, but you never feel totally invulnerable; even when everything’s at its highest possible level of badassity (a level three machine gun, when fired at the ground, actually works as a de facto jetpack), a few stray projectiles can still knock your main blaster all the way from level three to level one, where it’s no more effective than a squirt gun. Cave Story allows the player to constantly teeter on the fench between godlike power and total weakness, keeping you in a constant state of suspense and forcing you to play wisely.

I find it very, very hard to describe my feelings for Cave Story, simply because it does so many things so goddamn well. This isn’t Minubeat, where I can point out how enjoyable a single mechanic is, nor is it Aquaria, which, while flawed in some respects, still entertains in a myriad of other ways. This is Cave Story, and it is perfect. The boss battles (yes, there are boss battles) are difficult but rewarding, the controls are wonderfully responsive, the story is far better than it has any right to be, and the whole package has such love and care put into it that it’s goddamn impossible not to be completely won over by its charms.

I’m rambling; there’s simply too much to say. Cave Story is just too goddamned good. Just download it (there’s a Mac version, too), and you’ll see what I mean.