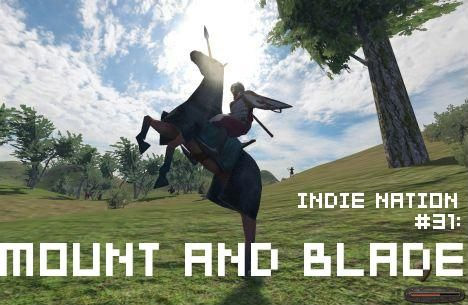 I’ve held back on highlighting this week’s game for quite a while, now. I’ve been playing Mount and Blade for a couple of years, since it was in the very early stage of development. As the husband-wife creative team have added and subtracted things at the requests of their community, I didn’t want to jump the gun and suggest buying a version that might be drastically different from the “completed” version of Mount and Blade.

With Paradox Interactive distributing the final version in a few days, however, I figure now’s as good a time as any to point out how goddamned good Mount and Blade was, and how unique it is among both its genre and the general community of indie developers.

Imagine a medieval action-RPG without all the silly fantasy trappings like health potions or magic. Imagine realtime, tactical battles that take into account numerous statistical variables like speed and sword direction, yet feels just as accessible as any third-person swordfighting game you’ve ever played. Imagine a totally open world with nonlinear goals, the ability to build an army of literally hundreds of soldiers who will fight with you on the battlefield. If you’ve played Sid Meier’s Pirates or the Space stage of Spore, imagine those, except combat is actually deep and fun.

Go here to download the trial, which allows you to play the entire game until your character reaches level 6. It’s sufficient to show you all the badass stuff the game has to offer and will, hopefully, convince you to buy the full thing (and thus support a production team consisting of a whopping two people). 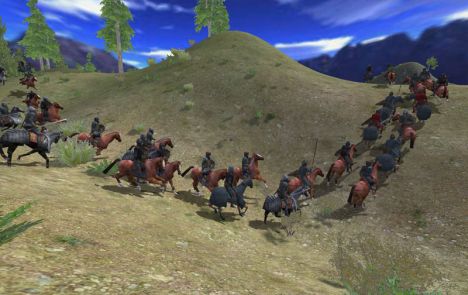 You may be tempted to pirate this game. Don’t fucking pirate this game.The story behind the production will hopefully be enough to dissuade you from doing so, just based on how clever the designers are.

A Turkish husband and wife team started production on the game a few years ago, with a very interesting idea: offer the full game for purchase as soon as possible at an incredibly cheap price. As development goes along, take the input and suggestions of the people who have already bought the beta and work them into subsequent builds, steadily and slowly raising the price as you add new features like prisoner-taking, or tournament competitions. This release format not only helped word of mouth (at a friend’s suggestion, I bought the game back when it was $10 and only had two military factions), but has made every new build of the game noticeably better than that which preceded it. Why? Because the designers actually listen to their audience.

Not “listen” like when EA says “we’ve listened to the consumers and the consumers say they want more Madden games,” but “listen” as in the designers actually frequent their own forums and take into account every suggestion and complaint and try to work fixes into each new build of the game. They’ve even open-sourced the game engine they created, which has led to a whole cavalcade of badass mods and conversions (the samurai one is my favorite). These designers trust their audience, and are more intimate with their community than any other indie developer I’ve seen. 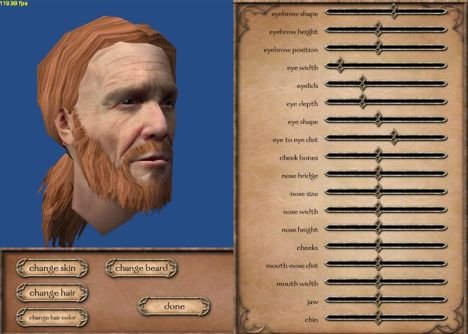 Ignoring the behind-the-scenes stuff for a bit, I want to talk about the actual game. To repeat part of the pre-jump text, I would describe the game as a sort of Sid Meier’s Pirates!, except with a much heavier focus on a much, much deeper combat system. And with RPG elements. So, Sid Meier’s Pirates mixed with Bushido Blade. And Fallout. Sid Meier’s Fallout Blade.

Then again, perhaps it might be best to make a comparison to a more contemporary game: Castle Crashers. Like Castle Crashers, Mount and Blade includes realtime combat affected by upgradable skills, and includes an immediately accessible combat system with a shocking amount of depth.

Simply by moving the mouse in any of four directions before you click, you can decide from which direction you will slice your sword, or which direction you will block (unless you’ve got a shield, there’s no autoblocking — you have to see which angle your opponent is attacking from, and block that direction). There’s no combo system, no secondary fire: it’s just a really damn sturdy swordfighting system that feels responsive and fair.

When you also take into account the focus on horseback combat (hence the game’s name), and the fact that you’ll often have armies of dozens of men clashing on a 3D realtime battlefield as you give orders and slash away at the ranks, or that you can siege castles and take them over for whichever faction you represent, you’re looking at a surprisingly deep and entertaining combat system which props up the rest of the gameplay. 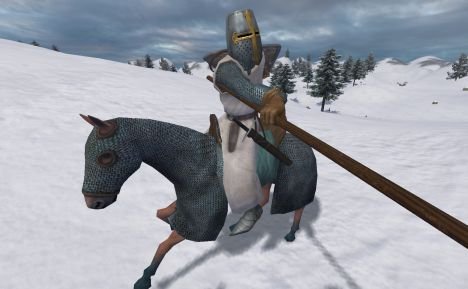 You can just be a merchant and sell stuff at great prices, but the fun in Mount and Blade comes from amassing your own personal army and taking down other kingdoms, whether on your own or at the behest of an opposing faction. The game goes from intimate (you start by your lonesome, and can initially only recruit farmers) to epic (you can define how many horsemen, archers, or unique heroes your party has) rather seamlessly.

Over the different builds of Mount and Blade I’ve played through in the two years since I initially bought it, I must have sunk weeks into the game. It’s reasonably deep for an exploration-RPG, but it’s the accessibly deep combat, and the urge to raise a bigger and badder army, that keeps me coming back every few months.

At least try it out for free, then buy the full game (if you buy it before Sept 14th it’s only $30; a bargain, considering it’s basically a singleplayer MMO), and don’t pirate it or I will manage to get you mugged and murdered while your loved ones helplessly look on.