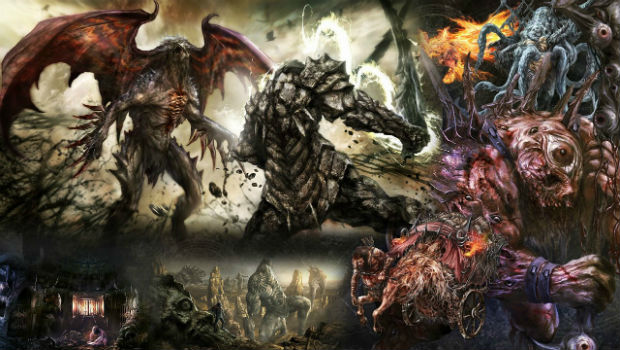 Inafune has been hard at work priming his latest game for the PlayStation Vita, Soul Sacrifice. Billed as an action RPG, the four player coop game is ready to launch on March 7, 2013.

Soul Sacrifice will launch with both a standalone Vita game, and a “double pack” to save a little scratch on the side with a friend (similar to Valve’s Steam multipack deals).

It’ll also have a hardware bundle option when it launches, featuring a sexy new red Vita, a nice carrying case, headphones, a 4GB memory card, and more. As of now, we have zero confirmation of a US or European release date.