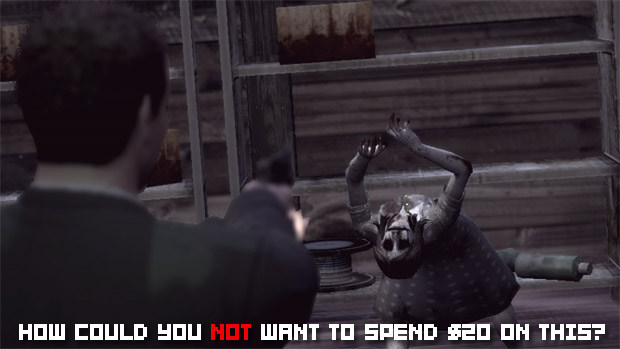 For once, this isn’t sarcasm. I have a weak spot for technically awful, semi-decent, usually goofy budget videogames such as, yes, Jurassic: The Hunted. Deadly Premonition, which was announced yesterday for an early 2010 release on Xbox 360, easily falls into this category.

And, according to Ignition Entertainment’s Shane Bettenhausen, it’ll only cost $19.99 on day one.

Curious about why a creepy girl put her hand in the mouth of the protagonist? Me too! It won’t take a serious investment to find out why anyone would do such a thing, human or otherwise, which is always good news.