Command & Conquer 4: Tiberian Twilight is finally wrapping up the franchise’s Tiberium saga. The biggest questions of the series will be answered, and we’ll learn the most important thing of all — exactly who Kane is. We’ll learn what his ultimate goals and his true motives are, and find out why he seems to never die.

Not only are we going to finally get some closure to the story, but the Command & Conquer system has been changed for the better. Altering the formula after all this time is risky, but the team at EA Los Angeles feels strongly about what it’s doing, and feels its fans will like what they see.

One of the first big changes you’ll see in Tiberian Twilight is the lack of resource gathering. As soon as your base drops, you can build your units until you hit the population cap (another first for the series) is reached. There are Tiberium Crystals scattered across the map that you can collect to purchase unit upgrades, but I found myself ignoring them in my playthrough. I started right from the beginning, though, so upgrading wasn’t a top priority.

Another biggie: Your main base — where all the important stuff goes down, such as creating your units — is mobile now. At the start of a match, you will summon a mobile base (which gets air-dropped into the map, crushing any enemy units in the way) called the Crawler that comes in three flavors: offensive, defensive, and supportive. Offensive focuses on ground combat, defensive on infantry units, and the support class on air vehicles. Defensive Crawlers also let you build defensive structures such as turret towers.

If things are getting heated (or if you want to move your base closer to the action), the Crawler can transform into an AT-AT-like walking fortress. The Crawler will continue making up to five units as it’s moving, and the new troops will come out as soon as the unit transforms back into base mode. The Crawler (just like your units) is upgradable, and while I didn’t dabble too much in the upgrades myself, I saw enemy Crawlers equipped with weapons. 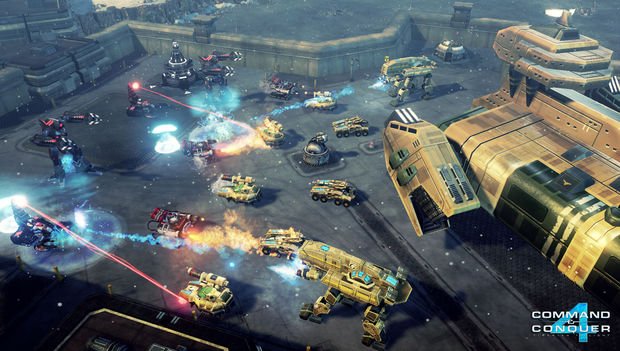 There are over 80 units in C&C4 between the GDI and Nod forces. Plus, there are some campaign-specific classes, which brings the total to around 100 units. Some classic units from previous games will also appear, and C&C4 offers the most aircraft units ever seen in a C&C game.

The story EA is aiming for in Tiberian Twilight is more mature this time around. It’s been 10 years since the events of the last conflict (Kane’s Wrath), and the planet is about six years away from running out of air and water as a result of Tiberium’s spread across Earth. Humanity is all but doomed until an unexpected ally, Kane, appears with a plan to save the entire world — the “Tiberium Control Network.” The game then picks up 15 years later, when the planet is brimming with life once again, and an alliance is in place between the GDI and Brotherhood of Nod. This being Command & Conquer and all, the peace is about to go south.

After a few tutorial missions you’re sent into your first real job, where extremist Nod forces are taking over a city and killing civilians. You’re first tasked with sending your troops to a few shuttles around the city that are transporting troops. The mission is going well until an incident with the last escape shuttle. More shuttles appear that need your assistance, as the entire city is getting overrun by Nod forces. Shortly afterward, the alliance with Kane falls apart, and you’re then asked to find out what Kane’s true intentions are. 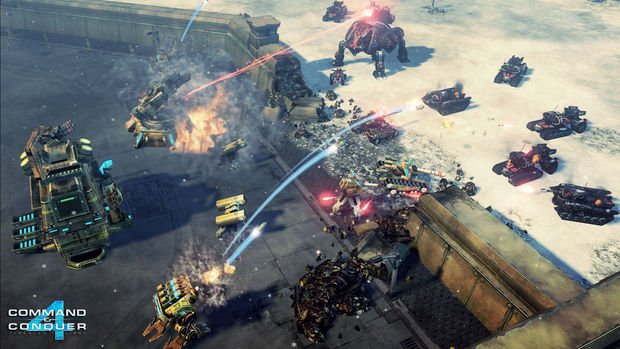 Overall, the game ran smoothly, and everything controlled well and as expect. I did see some of my units get stuck in the map trying to move about, but that’s always a common issue in RTS titles.

Just the feature of moving your main base anywhere on the map is such a fresh breath of air. It changes the dynamic of how you play an RTS, and cuts out a lot of the wasted time from bouncing back and forth to the main base. Old habits do die hard, though, and I found myself constantly forgetting that I didn’t have to keep the base in just one place.

I’m really digging all the new changes to the Command & Conquer franchise, but I’m curious to see how fans will react when they get their hands on the game. Will fans accept these major changes or hate them? We’ll find out soon enough when Tiberian Twilight launches on March 16.