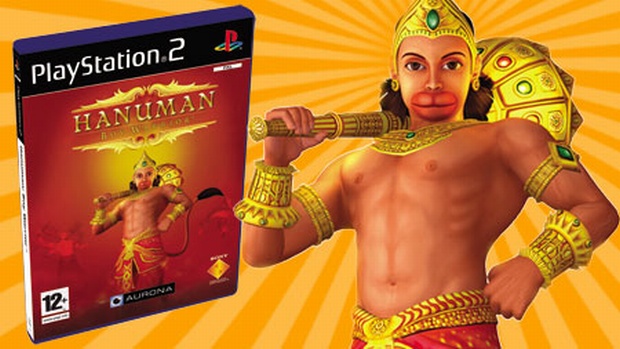 Who is Lord Hanuman? Well, in case you aren’t familiar with the name, he’s a monkey god held beloved by followers of Hindu. In the ancient Sanskrit epic the Ramayana, Hanuman leads a monkey army to fight a demon king. Sounds like a perfect scenario for a videogame, doesn’t it?

Well, a PS2 game WAS made, called Hanuman: Boy Warrior, and it seems that people are already bent out of shape about it. According to CVG, The Universal Society of Hinduism has called for Sony to remove the game from store shelves. The society’s president, Rajan Zed, commented on the call to arms, saying:

Controlling and manipulating Lord Hanuman with a joystick/button/keyboard/mouse is denigration.

We love to play gods, but we’re tactless Americans, of course. Nothing gets in our way! Zed also commented that they welcome the appearance of gods in the entertainment industry, as long as they were handled “seriously and respectfully.” Sony has declined to comment, by the way.

What do you think? Is is disrespectful to play a game about a god (or where you play one)? I never felt guilty while playing Populous…