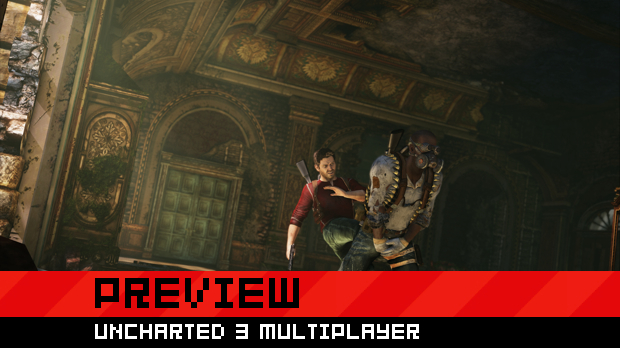 Sony and Naughty Dog finally gave us a taste of Uncharted 3‘s multiplayer last week at a preview event. We got plenty of hands-on time with a couple of new stages and modes, with many of the game’s customizations and tweaks open to us. From what we saw, it’s safe to say that anyone who enjoyed Uncharted 2‘s multiplayer will feel right at home here.

Naughty Dog has gone nuts with improving their unique brand of action-adventure multiplayer in Uncharted 3. They’ve piled on countless improvements and features to elevate what was already a great multiplayer experience to new levels. Naughty Dog says that they wanted to build on Uncharted 2′s multiplayer to make Uncharted 3‘s multiplayer so good that this will be the game that you never take out of your PS3. If this doesn’t turn out to be the game that’s always in your disc slot, it won’t be from a lack of trying on their part.

Much like with the last game, Uncharted 3: Drake’s Deception uses the sets of the single-player game as multiplayer backdrops. We only saw two of these stages, but both impressed, and both worked beautifully as multiplayer playgrounds, pushing the cinematic sense even further than before. As in the last game, the settings we saw were very movie-like, and were peppered with big set pieces to make them memorable. Both served as small, context-free spoilers for the main game as well. 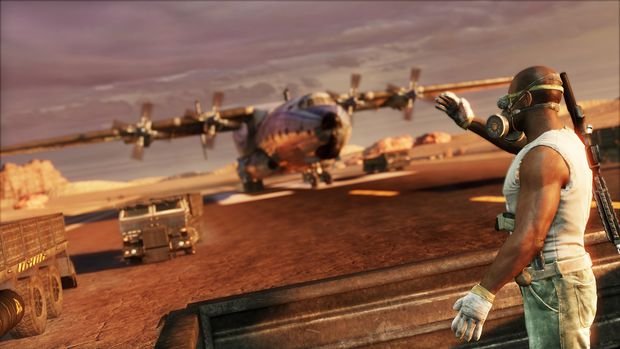 The most impressive of the two stages we saw was called Airstrip. This insane stage starts out with players divided between an open carrier airplane speeding down a runway and several military trucks following it. The scene feels like it’s coming out of a Hollywood blockbuster movie, and it put me right inside the action immediately. Fire is traded between the speeding trucks and the open plane’s back. If you spawn into one of the trucks, you can try to jump from moving car to moving car, working your way back into the open bay of the plane. In my experience you’ll either fall onto the flight line or get shot in the middle of your attempt. Good luck. No matter where you spawn, this map kicks off on an exciting note. 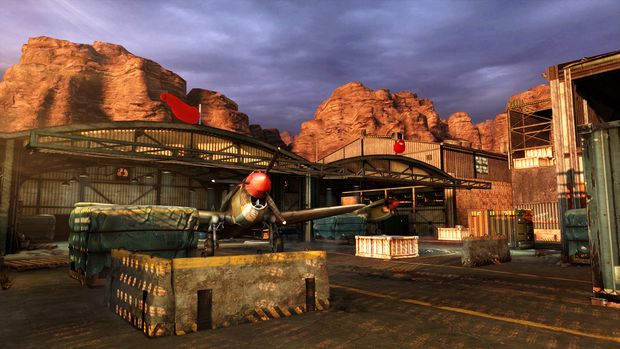 The plane eventually closes up and takes off. The stage continues near some airstrip warehouses and hangars, and the action slows down a bit here as there are no moving vehicles but plenty of places to take cover behind shipping crates and trucks. I dodged overhead fire and mounted turrets with a riot shield I found in one of the trucks. Most players seemed to switch to a sniper mindset here with all of the hiding places. Later, as the stage came to be more familiar, most seemed to be running for either the riot shield or the high mounted turret after respawning. I stayed out of the way of both and tried to pick people off, taking cover as much as possible. 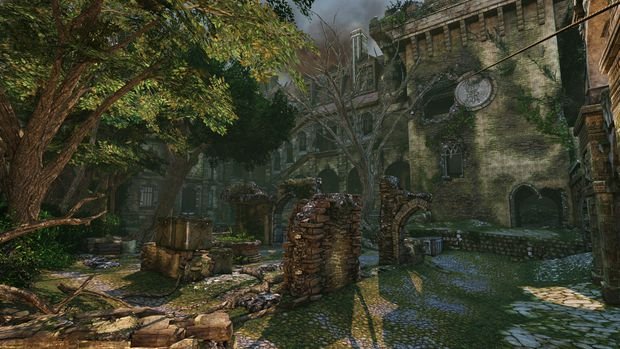 The Chateau stage served as a nice contrast to Airstrip. Set in a lush forest among ruined buildings, this map offered many different elevations to watch from as well as many great places to take cover and gather your thoughts. Ground areas were a free for all, where killing came fast and hard. We played Team Deathmatch to a goal of 50 kills, and I nervously watched on as the kill counts grew rapidly. I had the most success with getting up high in the ruined buildings, relying on my aim-assist boosters to pick off unsuspecting enemies below. Coming down to ground level always felt like a mistake, though. I quickly learned to use the triangle button to respawn near a teammate and then make my way to high ground.

Chateau is gorgeous, with dim afternoon lighting spotlighting clearings in a surrounding of dense trees and vines. I wanted to explore the rich, hand-painted interiors of the ruined chateau, but the enemy team never gave me the chance!

We saw a few of the new multiplayer modes at this event. Team Deathmatch pits two five-player teams against each other, and the eight-player Free For All is exactly as it sounds. Three-Team Deathmatch has three two-player teams out to be the last duo standing. This mode makes use of the Buddy System, which gives players boosters and other advantages to duos who work together against other opponents. Under this Buddy System you’ll be able to spawn to your buddy’s location after you die. There are also opportunities to work together to earn a High Five, where you’ll actually get a chance to high-five your buddy and earn extra cash. 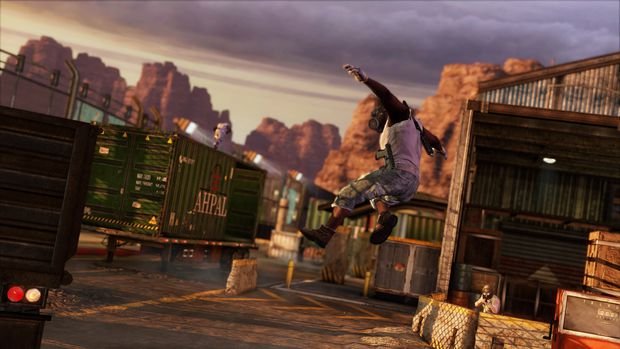 Naughty Dog says that they have other multiplayer modes lined up, but they’re not ready to reveal them just yet. They also teased that we’ll hear more on “multiple co-op modes” this summer.

Multiplayer options have also opened up with this outing. We learned that late players can seamlessly join games in progress now, keeping matches full more often. For those playing offline, split-screen play is available, and there’s support for two PlayStation Network log-ins now. Finally, matchmaking is based on player levels to keep things competitive and fair. 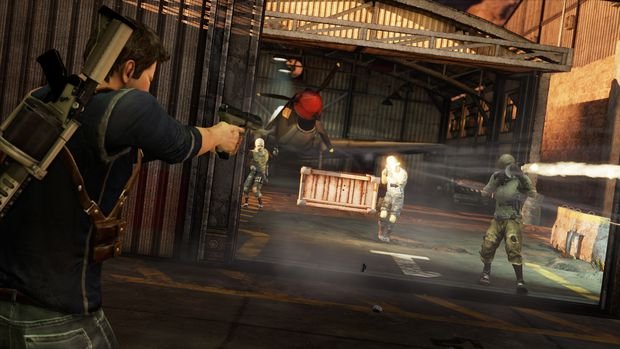 One of the biggest improvements to multiplayer is called Power Play. These are events that pop up that give the losing team a chance to earn more kills to close the score gap. I saw several examples in my play time. One, called Cursed, cursed the opposing team with unclear results. Another, Elimination, prevented the opposing team from respawning. To make it fair to both sides, the winning team gets increased chances to earn more money during these plays. Naughty Dog says that these Power Play events help keep the games more interesting. It felt like the balance of the scores could change quickly. They note that this feature doesn’t make it so that a terrible team would win against a great team. Their aim is to make matches fun for more people, more often. 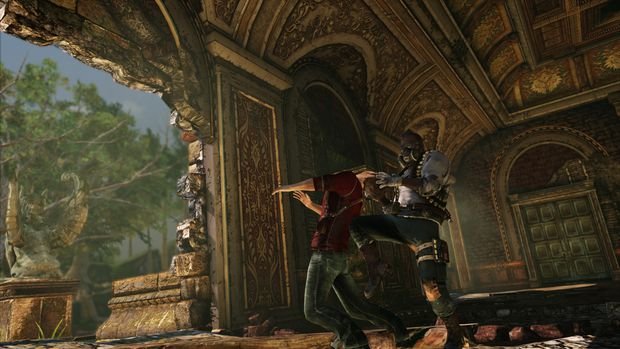 There’s a couple of other features that keep the tension up in matches. Overtime kicks in when the score is very close toward the end of a match. An extra minute is suddenly added to the clock so that you can really see what would have happened. Beyond that, if the score is still really close, there’s Sudden Death. This is a short time with one spawn, and the last man standing wins.

Boosters are optional assists that you can choose from to help your style of gameplay. Naughty Dog has revamped the booster system from Uncharted 2. It now allows for many more diverse styles of gameplay, and individual boosters now level up with the player. Match earnings go directly toward the level of individual boosters, letting players further increase selected advantages over other players. In Uncharted 3 you can use earned cash to buy Paid Boosters, letting players purchase specific advantages for the type of game they’re in. 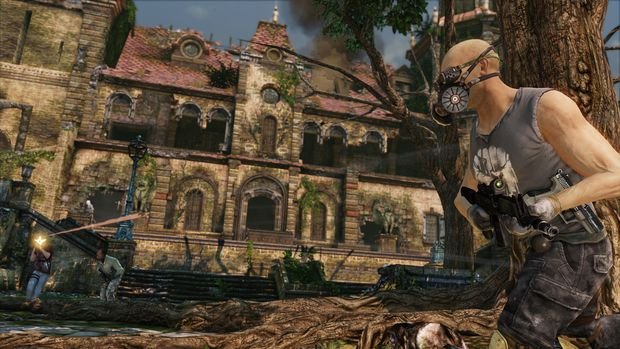 Buddy Boosters give players specific advantages when they play well with their buddies. Players who choose these boosters are rewarded for playing with their friends in the style that they prefer.

Medals would give players more cash for performing feats in Uncharted 2. Medals now go toward one-time-use perks in Uncharted 3‘s multiplayer. Imagine being able to summon a RPG out of nowhere, disappear, or instantly respawn. Earn enough medals, and all of these possibilities and more will open up. 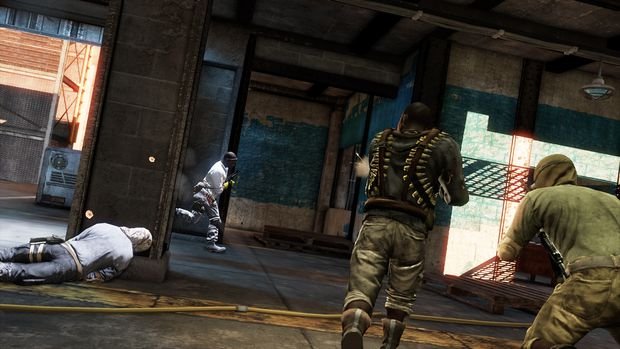 Both the heroes and villains are fully customizable in Uncharted 3‘s multiplayer. In the pre-match loadout you can tweak everything from main characters to new types of players, like treasure hunters, to look exactly the way you want. Clothing, accessories, colors, body types and more are open to your creativity.

Emblems are also fully customizable. There are hundreds of decals with multiple layer options for these decals, and they’ll appear in the game, on pieces of the environment.

In Uncharted 3 you can choose your starting weapons in the loadout. You’ll pick your rifle, pistol and booster sets, and paid booster before the match, letting you customize your character to your play style. On top of this, weapon mods allow further customization of individual weapons. Faster rate of fire, max ammo, accuracy increase and other advantages can be added to the guns.

Naughty Dog says that they’re very committed to making Uncharted 3‘s mutiplayer a fully social experience. They’ve added Facebook and YouTube integration to the multiplayer experience this time around, letting you share your game experiences with others, even outside of the PlayStation Network.

Facebook integration is so tight that you can play a multiplayer match alongside someone you’re friends with on Facebook, even if you’re not friends on PSN. Players will actually be able to see when Facebook friends are online, letting them choose a friend for a match.

Videos from the game can be sent to both YouTube and Facebook. Between games, players can watch Uncharted TV, which shows featured plays and kills, as well as announcements from the developer. Cinema Mode records every game played online and gives players a chance to review them, with full options for camera placement, speed, visual styles and more. Rewind and kill/death timeline markers have been added to this mode.

I’ve never heard anyone say anything negative about Uncharted 2‘s multiplayer. Have you? With Uncharted 3 only improving on the situation, it seems like Naughty Dog is gunning for the top spot for multiplayer on the PS3. They’ve added so many new modes, customizations and social features that I feel like I may have missed some in this preview! And from what they’ve told us, they have yet to reveal some of the best stuff. There’s even stereoscopic 3D in multiplayer, which looked great. Beyond the new additions, the core gameplay for multiplayer is still as stylish, flashy and buttery-smooth as you remember from the last game.

You’ll get your first taste of Uncharted 3 this summer. An early access multiplayer beta is planned for June 28, with a full opening of that beta on July 5.