EA invited us out to the Need for Speed: Hot Pursuit On Tour event to get hands-on with the latest installment in the franchise. The event was being held at the Mighty in San Francisco, only a short walk from the Dtoid Headquarters.

After trudging uphill for what seemed like an eternity, arguing the actual distance of a San Francisco block, we finally arrived at the venue. Upon walking up, we were immediately met with exotic cars made up to look like Seacrest County Police vehicles and a swank red carpeted entrance. It was obvious that they really wanted us to feel like a part of the Hot Pursuit experience.

Need for Speed: Hot Pursuit definitely feels like what you might expect from the developers who brought us the Burnout franchise. Not to say that this is a bad thing, in fact, it’s quite the opposite. While Hot Pursuit is more about the excitement of the chase, as opposed to straight up destruction, Criterion has done an amazing job of leveraging much of the amazing engine tech that we saw in Burnout Paradise. While the primary objective is to win the race, while simultaneously attempting to outrun the police, the visceral look and feel of smashing into a wall (or anything, for that matter) at 240 MPH is nothing short of spectacular.

Hot Pursuit rests somewhere comfortably between an arcade racer and simulation. Although the game doesn’t go deep enough to require any tuning, customization, or in-depth driving ability, it does allow you to use the underlying physics engine to fine tune your racing style and take advantage of maneuvers like the drift. 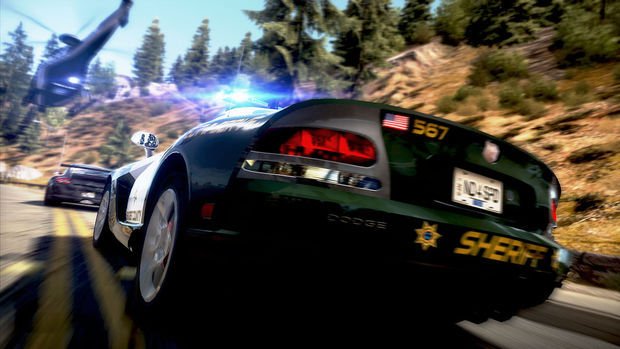 The game is extremely accessible. It is easy to just pick up and play with a regular controller — no racing wheel required here! The beauty of Hot Pursuit is that as you get better at the game, you are challenged to drive on the edge. Players will score extra points and find that their boost meter fills faster for pulling off stunts like racing against oncoming traffic, near misses, slipstreams, drifting, and more.

All of this is compounded by the addition of the Autolog, a novel new feature which integrates with your social networks (even some iPhone integration was mentioned) to provide a constant stream of updates and challenges from your friends. Players will be encouraged to participate in a sort of meta-game to achieve (or maintain) the position of top dog among their friends.

During our hands-on with the Autolog feature, we were presented with news updates related to the game, screenshots captured by our friends, and a series of challenges to top scores, times, and placement or reclaim positions which had been taken from us previously. The Autolog essentially adds an entirely new dynamic to the game that guarantees there will never be a lack of challenges for the player. 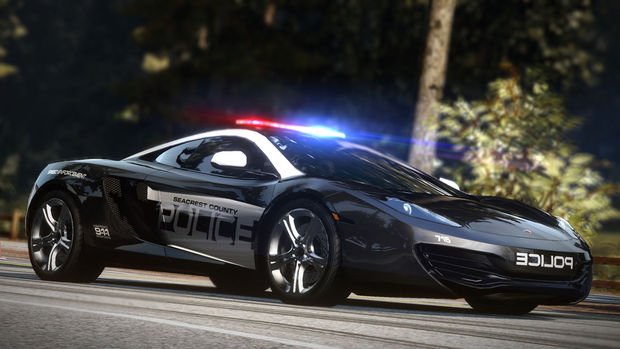 Of course, this would all be for naught if we didn’t have an amazing world to explore and miles of road to tear up. In addition to being jaw-droopingly beautiful, the game world is huge! The guys at Criterion have essentially created a vast network of roads specifically designed for exotic sports cars, so you can expect to go fast and have a blast doing it. With the help of DICE, they were able to craft rich and diverse environments around these “tracks,” making Seacrest County truly feel like a racer’s wetdream.

Wrap this all up in an amazing (and I do mean amazing) lighting and weather system, and you have one seriously stunning (and fun!) racing game.

Filed under... #Need for Speed