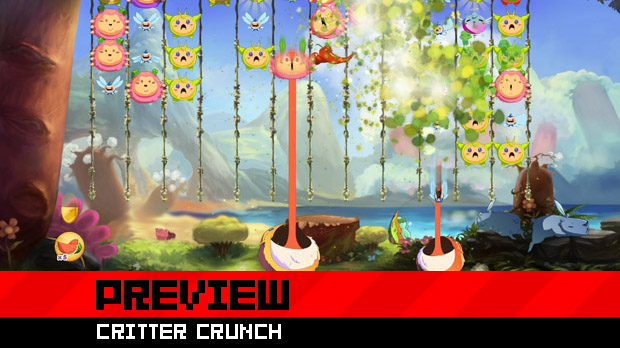 If Critter Crunch, an upcoming arcade puzzle game for the PlayStation Network, was on the Penny Arcade Expo show floor last weekend, I would have nominated it for Game of The Show. Granted, a puzzler might not have stood up to the incredible games on the floor this year, but I think it would have held its own. Capabara Games had previously released Critter Crunch for the iPhone, and it’s a great game on that platform, but the PlayStation Network version is on a totally different level. This game looks beautiful and plays beautifully, and we were extremely impressed during our hands-on experience. This is the puzzle gaming experience to beat.

Critter Crunch is one of those games that only takes a minute to understand. You control the adorable, long-tonged Biggs, a guy who does not mind working for his meal. He’ll use his tongue to snap up smaller critters and feed them to larger ones. Those are, in turn, fed to even larger ones. This is done until the critters burst, spewing forth tasty goodies for Biggs to gobble up. Like-colored critters in close proximity of the ones that burst cause chain reactions. Have you ever eaten so much that you barfed? That’s a good thing in Critter Crunch; form a big enough critter bursting combo and you’ll end up with more than enough goodies to share. Gobble them up and then regurgitate them into your son’s mouth in the form of a rainbow barf stream.

What past “rainbow barf” do you need to hear?

We had a chance to give all of the games modes except online play a spin this past weekend. I tried both the standard and puzzle single-player modes as well as the co-op and versus multiplayer ones. All will have you playing the above explained food chain mechanic, but there’s different spins on them to keep you busy. The single-player puzzle mode gives you a set number of moves to clear a game board, with difficulty gradually progressing. We were told that there were over 100 challenges. Versus multiplayer has the screen split. Both players work to clear the board as fast as they can, using various (and hilarious) power-ups to screw the other over. Co-op has both players sharing the same game board, with both working together to clear increasingly difficult game boards. 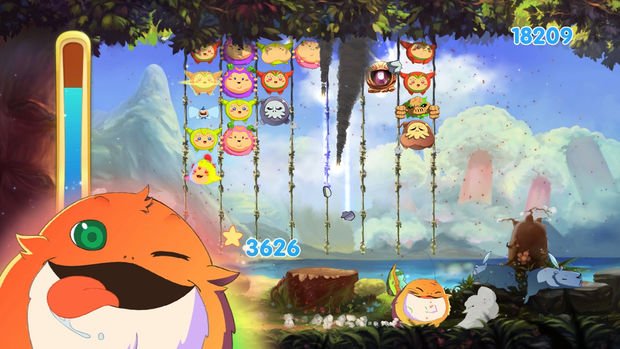 This guy? Way cuter than a bunch of blocks.

The first thing we noticed about Critter Crunch is how beautiful it was. This is high-definition gaming done right, with full 1080p graphics and a 60 frames per second frame rate. The hand-drawn characters and background art are stunning, and watching the whole thing in motion is like being served a heaping helping of eye candy so big that, well, that you’d have to barf it up. I cannot think of any other puzzle title that looks this great. Online footage does it no justice; you must see this game in person.

What isn’t as readily apparent is how well Critter Crunch controls. No analog control is permitted; movement is d-pad only, thankfully. Movement just flies off your fingertips, though, and picking up and putting down critters is so precise that you can’t help but appreciate how fine-tuned the control is. As for moving Biggs, quick directional taps bring lightning-quick, precise movement. Holding allows Biggs to roll the length of the screen. You’re free to play in the style that you prefer, but both are spot-on and snappy. If you suck at Critter Crunch, it’s not the control’s fault! 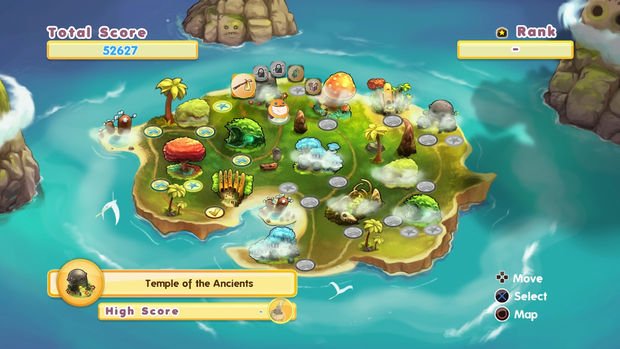 Even more than the appealing look and stellar controls, we appreciate this game’s personality. Critter Crunch is absolutely bursting with personality, which is something that we haven’t seen in awhile in arcade puzzlers. Forget squares and boxes and the like — this is how it should be.

Critter Crunch is a joy to play. It’s apparent how much work Capabara Games has put into this title. We appreciate that, and we think you will once you get your hands on it later this year.