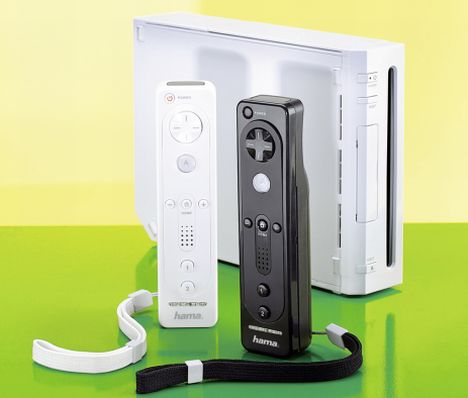 Once you go black … well, you know the rest. For those of you fed up with the Wii’s virginal color scheme, now there’s something a little edgier coming down the pipeline. Pics of Hama’s “Reemote” have been spied over on Wiiz, and while it isn’t an official Nintendo product, it may present a nice alternative to match customized Wiis.

Now, whether or not it will break after a month of use, I can’t say, but I know I am a little wary of third-party products, personally. While the price and release date details have not been announced, it was speculated that it could cost about 35 Euros, which is about $54 US. Uh … that’s a lot for a Wiimote. Unless I’m trying to goth out my Wii setup, I’ll probably pass on this one.