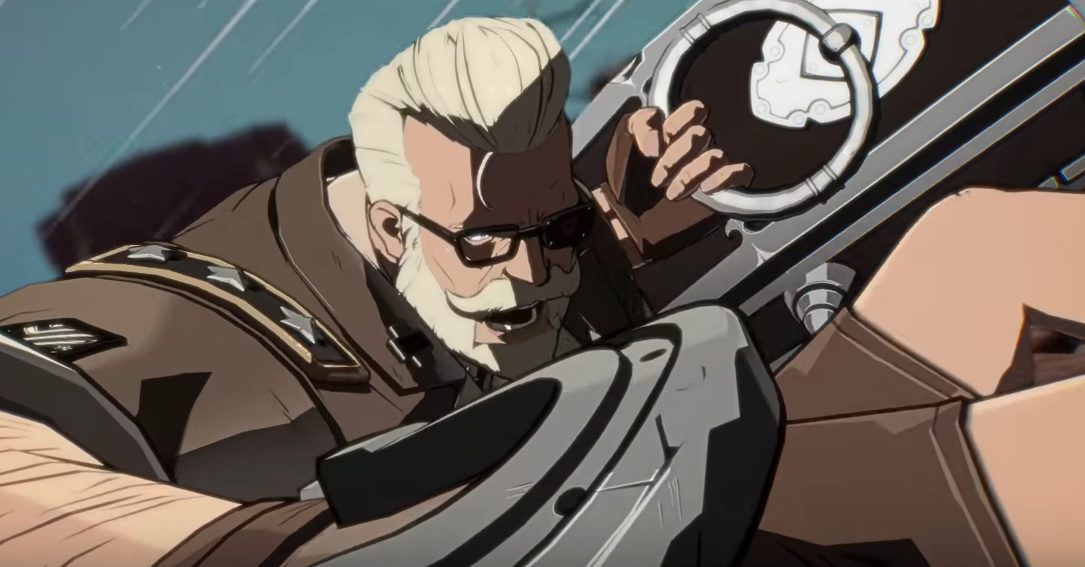 The Truth is In There

As promised, Arc System Works has lifted the lid on the first DLC character headed to its great fighting title Guilty Gear Strive. Surprisingly, however, it is not a returning veteran but is an all-new warrior — a particularly rad-looking one to boot. The fantastically monikered Goldlewis Dickinson will be joining the Guilty Gear Strive roster next week.

A U.S. government official, Goldleis Dickinson holds the role of “Secretary of Absolute Defense” who, despite his advancing age and high military status, still operates as a field officer. His strength and fighting prowess is said to be that of the entire White House defense force combined, while his storied career on the battlefield has earned Goldlewis the trust and respect of the entire nation. Goldlewis is trusted as keeper of the country’s darkest secrets, including that of supernatural and extraterrestrial activity.

As you can see from his debut trailer, Goldlewis is basically another walking tank, dominating the battlefield with his huge, space-occupying frame. Goldlewis is constantly chained to a bizarre, ornate coffin — its mysterious contents somewhat given away by its huge “AREA 51” signposting. Clearly, Goldlewis isn’t coming to Guilty Gear Strive alone, bringing with him some, (quite literally), out-of-this-world assistance. What a unique and utterly bizarre character, in keeping with the GG franchise’s love of the transmundane.

Goldlewis Dickinson is the first of five DLC characters queued up for Guilty Gear Strive’s Season Pass. Goldlewis will launch for season pass holders on July 27, before being made available to purchase for all on July 30. Believe me, he’s for your own protection.