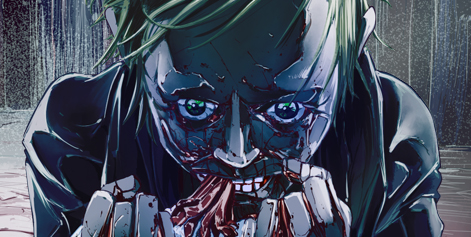 This is a single screenshot for upcoming game Kodoku Chronicles, from Carnivore Studios. It’s a graphic novel with a fighting system based on compromise; you can sacrifice life points to better your chances. That’s about all we know. You can look at the creepy screenshots and video they have on their webpage.

Or you can look at this one gross screenshot they sent us. The panned out, grosser version can be found below.

Kodoku Chronicles will be released on PS Vita and PC.