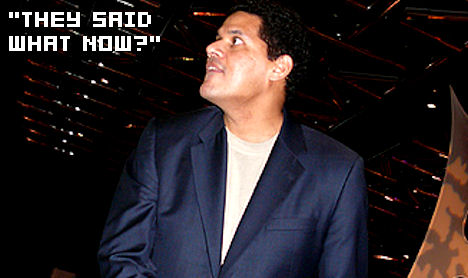 Children are like miniature communists. If you have something, they want it too. Especially in a competition, where kids are told that there is no such thing as losing, and everybody’s a winner. While this is blatantly not true, Microsoft is acting like a 5-year-old who didn’t win a race, claiming it’s still the victor  … along with Nintendo, that is.

“We think that we’re one of those industries that consumers are staying in for entertainment,” claims Microsoft man Aaron Greenberg. “‘We’, by the way – that’s us and Nintendo. Both the Wii and the Xbox 360 are really the two big winners. Actually, the only two winners right now if you look at holiday sales year over year.”

Of course, what that actually means is that Nintendo won, but Microsoft is picking on Sony because if you try and downplay Nintendo’s success at this rate, you look like a moron. Bunnyhopping on Nintendo’s back and trying to touch the winner’s trophy might be obvious, but it’s the best MS can do. Of course, Greenberg had other things to say as well, since he so often does.

“We never had a Resident Evil game so we wanted to have that,” claims Greenberg, making sure to press the attack on Sony like a Hunter would a straggling Survivor. “We never had Grand Theft Auto day-and-date. We didn’t have Final Fantasy. So we’ve added all the biggest franchises, such as Tekken. These are franchises that were frankly, built on the PlayStation platform. Making sure that we have all those games on our system is important.”

Microsoft is doing quite well in marking the Xbox 360 as the PS2 of this generation, and in many ways, the platform holder is right. It has a large and varied library of games, it has shoddy hardware, it appeals to a loyal gamer demographic. The only difference between the Xbox 360 and the PS2 however, is clear — last gen, the PS2 was the winner.