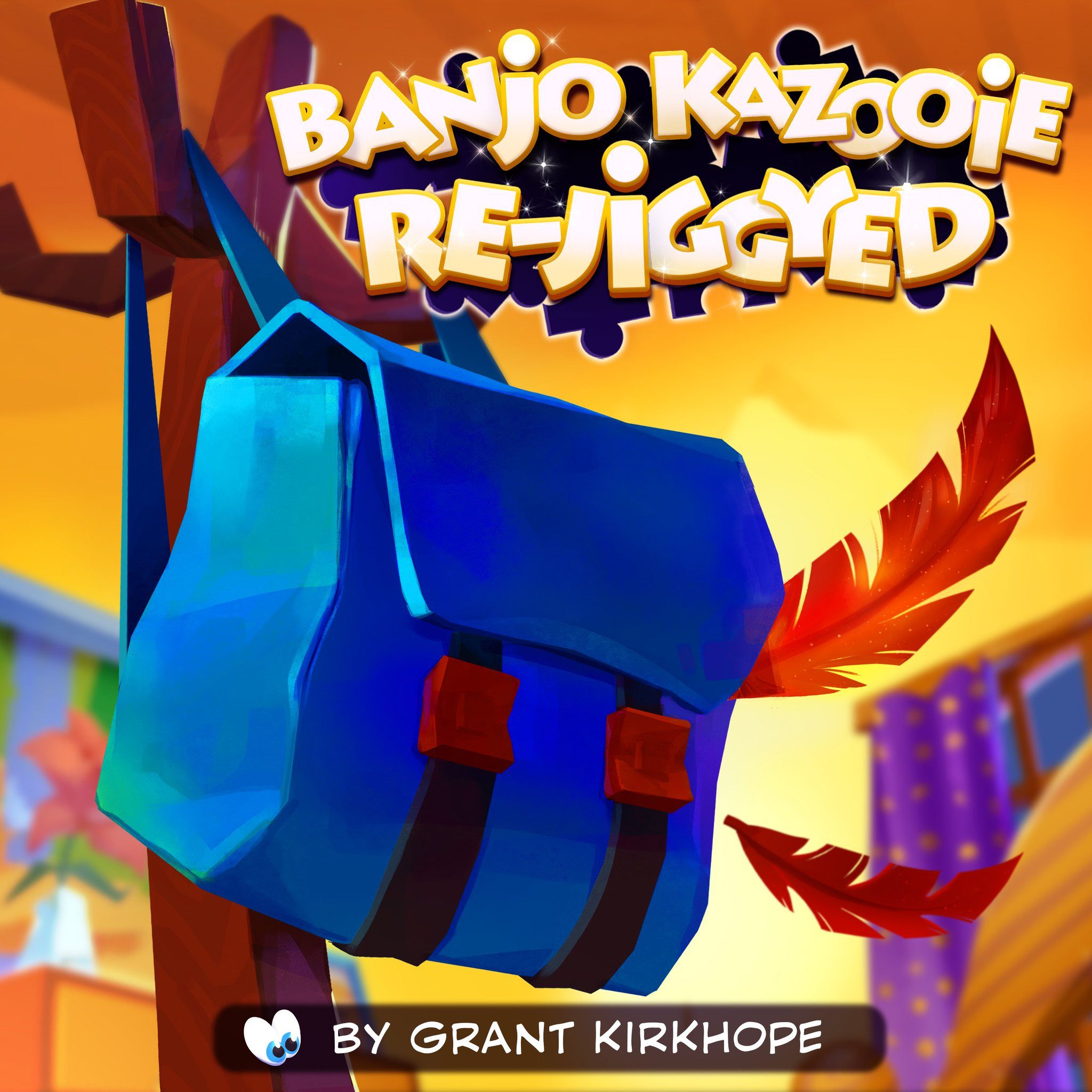 These Banjo-Kazooie remixes are so playful

I’ve been listening to new takes on classic Banjo-Kazooie tunes from Grant Kirkhope, and I am beaming. The composer shared 10 new arrangements for the beloved N64 game.

The remix album is called Banjo Kazooie: Re-Jiggyed — I hope you didn’t get your hopes up with a hastily-read headline! — and it’s now streaming on Spotify, Apple Music, YouTube Music, and Dreezer. You can soak up the songs in this YouTube playlist, too.

“Re-Jiggyed was supposed to be an 11-track album but I couldn’t include one of the tracks because of publishing issues,” Kirkhope tweeted. “Maybe I’ll find somewhere to put it so you can all hear it.” Presumably, he means Clanker’s Cavern — that’s the odd level out.

In a video message on Instagram, Kirkhope thanked fans for listening and admitted it’s taken “ages” to get the Banjo Kazooie: Re-Jiggyed album done. “I find it really hard to do it, I don’t know why. Remixing my own stuff was difficult, and trying to think of different things to do with it. I didn’t want to do just a straight remix, you know, note for note. I wanted to make it different, or fun, or different styles to appeal to everybody.”

“Who knows, I might do another one if I ever get the energy to do it,” he said.

Banjo-Kazooie is a top-ten game for me, and that’s due to numerous factors — the well-tuned stuff-collecting, the exploration in the individual worlds and imaginative hub, the fantastic music, and the vibes. It’s such a complete package. No matter how far removed we get from its original Nintendo 64 release, Banjo-Kazooie will always be timeless to me.

I’m excited to reunite with this duo on Nintendo Switch, no matter the cost.