Barring any more delays (and here I am bracing for accusations of totally jinxing it), Gran Turismo 7 will be out on March 4, 2022. It’s arguably too early to start thinking about pre-orders, but for those of you who are open to that possibility, or just love GT enough to be into a collector’s edition, here’s the latest. As announced on the PlayStation Blog, Gran Turismo 7 will have a 25th Anniversary Edition with a rather sleek SteelBook case.

Aside from the cover art (and the included in-game cars, like the Castrol TOM’S Supra), the most interesting thing about the 25th Anniversary Edition is that it comes with two versions of Gran Turismo 7: a physical PS5 disc, and a digital PS4 voucher code.

That might seem like a no-brainer, but it’s a semi-surprising sight in the realm of cross-generation PlayStation releases. It’s been a messy situation all around. 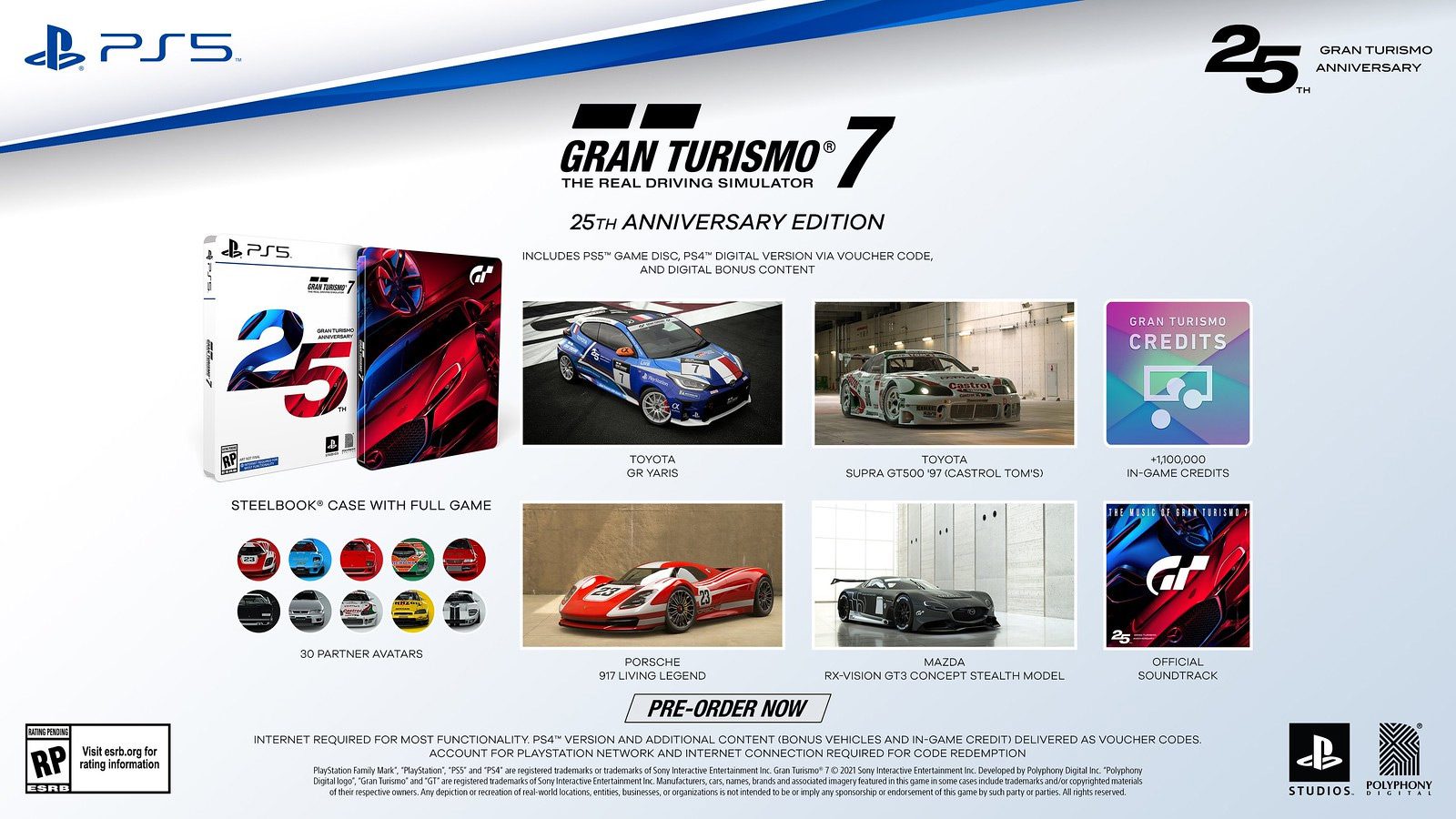 For $90, the physical Gran Turismo 7 25th Anniversary Edition comes with:

The digital version of the 25th Anniversary Edition is also $90, and it comes with the funnily-named PS4/PS5 “dual entitlement.”

As for other bonuses and cars, especially for folks who just want the dang game, the (pre-order) “Launch Edition” of GT7 comes with 100,000 credits, the Toyota Castrol TOM’S Supra, Mazda RX-VISION GT3 Concept (Stealth), and Porsche 917K Living Legend. 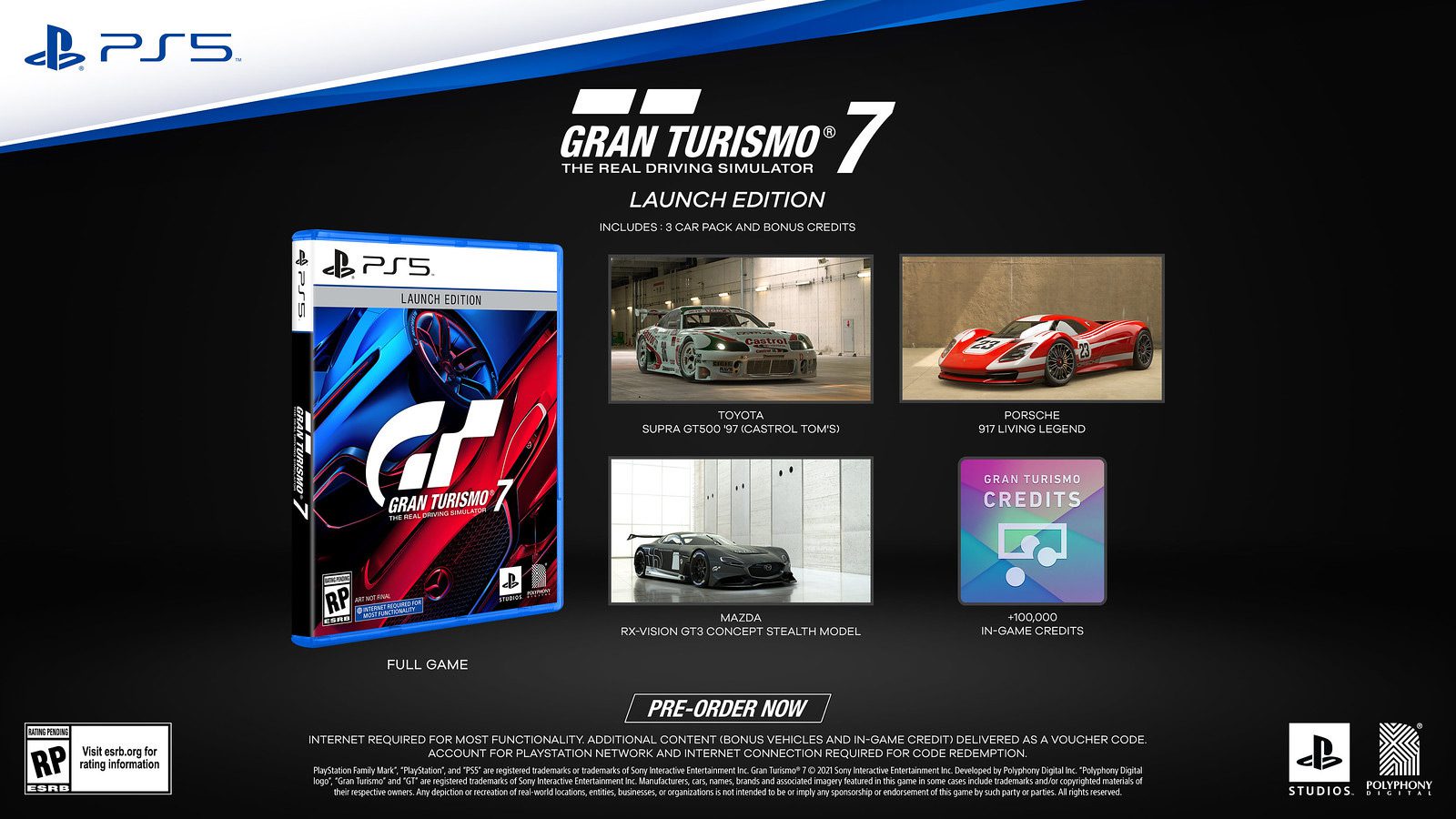 If you’re wondering about the eyebrow-raising “internet required for most functionality” warnings, it’s true — GT7 is set up that way to “prevent cheating overall from people trying to modify the save data,” per Eurogamer‘s interview with Kazunori Yamauchi.