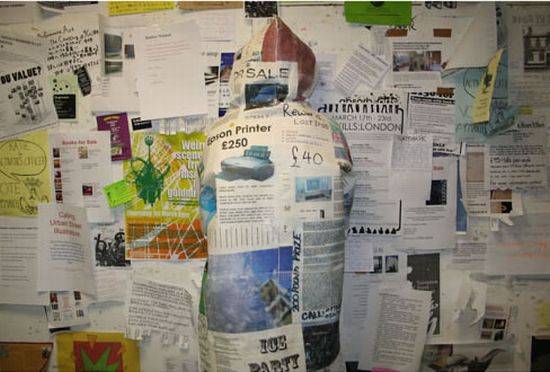 [Editor’s note: I’m having way more fun searching for a picture to slap onto all of your guys and gals posts for the front page than I should be. Anyway, today’s Monthly Musing Community Blog takes a look at the Ninja aspects in gaming with the stealth levels. — CTZ]

Just had all your weapons snatched from you? Gone from being a balls-to-the-wall action hero to a balls-to-the-floor wimp as you crawl past the enemy? Maybe you just need to get from point A to B without being seen. Chances are, you’ve entered the stealth level.

Many games have stealth levels thrown in and if done well, they can make a nice change of pace. However, done badly they can be a frustrating exercise in reloading your game over and over as you try and avoid psychic guards with x-ray vision and super-hearing.

Call of Duty 4 was one of the most popular and critically acclaimed games of last year. If you were to ask someone what their favourite level is from the game, chances are the answer would be “All Ghillied Up”. This stealth level wasn’t just a good idea; it was a great one.

In the mission prior to “All Ghillied Up” you play as Sergeant John “Soap” MacTavish, fighting your way up a hill, with your commanding officer Captain Price at your side. It’s a level full of intense firefights as you clear buildings and push ever upwards. Once at the top you could really use a break, and one is provided in the form of Price’s flashback to 15 years ago.

Thrust into the boots of the then Lieutenant Price, you find yourself in the Ukraine near the site of the Chernobyl disaster. The first thing you see is your guide for this mission, Captain MacMillian. Or rather, you don’t. His ghillie suit allows him to blend into the grass perfectly, and you don’t know he’s there until he stands up in front of you. Already, this feels like a stealth level with a difference.

You proceed forward, hidden from the enemy by your own suit and take out a few Russians who never see you coming – that is, as long as you don’t miss. Fail to follow MacMillian’s instructions and not only will you have to contend with a bunch of angry Russians, they’ll also send a pack of dogs after you. Sure, you can try and snap their necks, but the message is clear: be a Ninja.

Continuing through a desolate landscape and a deserted church, you hit the ground to avoid a helicopter, and then race on to an open clearing. Suddenly, MacMillian tells you to get down. As you hide in the tall grass, you hear the rumble of many engines, and realize a small army is heading your way. Tanks and troops pass unaware, inches away from you as you lie very, very still. It is an amazing sequence, and it’s hard not to find yourself holding your breath as they pass.

Later on, you do the unthinkable in a stealth level — a mad dash past a group of guards who could spot you at moment. Try this in most games and you’ll be instantly discovered. In Call of Duty 4, however, the entire sequence is perfectly choreographed. As you burst out of a container crate, the music shifts to a fast action drum beat, and the amazingly animated MacMillian races for cover. You follow the enemy mere feet away but blissfully oblivious. You crawl under a truck, pause, and then make another dash for it. “I can’t believe I just got away with that,” you think.

The level continues, and you make it to your goal: an eerie abandoned hotel from which you will perform an assassination in the next level. After a refreshing break from the non-stop skirmishes of the rest of the game, you’re ready to get back into the fight.

Fahrenheit (or Indigo Prophecy in the US and Canada) was released in September 2005, and was recently added to the Xbox Originals line. It was a new style of adventure game, allowing you to shape the story as your own. You controlled both Lucas Kane, a man who becomes a murderer without realizing how, and the two detectives hunting him down. All whilst enjoying well put together set pieces in the form of Quick Time Events. Unfortunately the story completely goes off the rails in the last act, but that’s not why we’re here today. No, it’s because Fahrenheit’s stealth levels were a very bad idea.

It starts with Chapter 10: “Hide and Seek”. After an emotional meeting with Lucas’ brother at the grave of their parents, you flashback (hey, another one!) to his childhood on a military base. His brother and friends have gone off to play in a forbidden hanger, but when Lucas has a premonition of the hanger exploding he must go and save them.

In much the same way as Call of Duty 4, this involves hiding from guards and using moving trucks as cover. Similarities end there though. The guy in the above video has clearly played the game before, as my first attempts at this level were nothing but being inexplicably seen by guards, with no idea what I did wrong. This came just as I was really getting into the story of the game, and I resented being forced to play a mechanic so far removed from the rest of the experience. It also didn’t help that all of the children’s voices were extremely annoying. Thankfully, the level was short and I was soon back to enjoying the game. That is, until Chapter 35: “Child’s Play”. The level starts at 3:15 in the video below:

You’re back on the military base again and now it’s now nighttime. Oh great, could there be searchlights to avoid in Lucas’ near future, perhaps? This wouldn’t be too bad if it weren’t for the fact this level is also another well-trod gaming trope: an escort mission, with Lucas’ brother in tow. So, not only do you have to avoid the lights and guards, but you have to deal with the brother slowing you down as well. If you’re caught, it’s back to the beginning of the level to try all over again. By this point the story is starting to take a turn for the worst, which is a shame as I really loved this game up until this point. Quantic Dream had to try really hard at this point to make me disappointed in their game. Congratulations guys, you succeeded!

So what have we learned? A successful stealth level is short, sweet, and not too frustrating. It should give you a break, not break your immersion, and preferably leave you wanting more. In essence, it should add to the game, and not just pad the playtime.