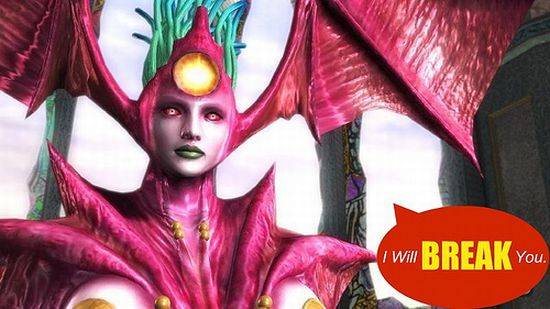 Game development is serious business. Not only do you have to try to create something unique or continue with an ongoing theme, but you have to make sure all of it comes together right. Be it concept, design, mood or playability. In my opinion, one of the core pieces in every game has got to be the fine-tuning of the game’s difficulty. Its got to be like a tightrope balancing act that if it’s game developers get right, will make the player feel challenged yet not frustrated. But done wrong, can cripple the experience for the gamer where he will feel overwhelmed and put the controller down.

Considering that most games nowadays are far too easy, I’ll attempt to examine games that are an endangered bunch. Games tailored with an uncompromising brutal difficulty. These games look down on weakling gamers, fat off the grease filled easy games on the market today. 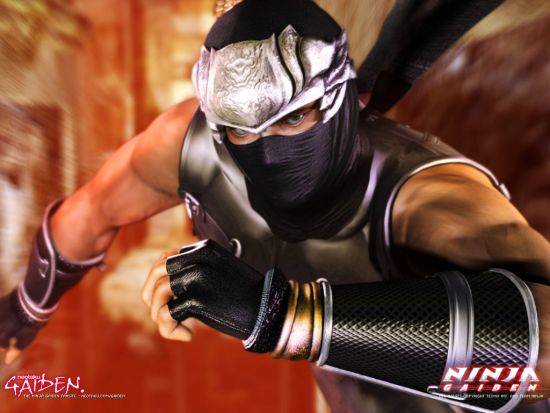 Typically when a game whose difficulty is hard yet done right, you’ll notice it will introduce you to its gameplay gingerly. It will show you what skills you have at hand while simultaneously giving you enough time to experiment and unleash these skills on weak NPCs. Making you feel powerful and also wanting more. This step is important because if this transitional period doesn’t happen and your thrown to fend for yourself right away, frustration will creep in and the word “cheap” starts being thrown about.

Now that your acclimated with what you can do, this is where the game starts throwing you more. And not just more dumb NPCs to kill, the game makes them smarter. This requires you to switch tactics, forcing you to learn all your move sets and make you utilize all of them to succeed. Such as the case with Ninja Gaiden, whose difficulty is extremely hard. Brutal has been known to describe this game by some and is an example of a game done right. A game that adheres to the steps above.

Ask anybody who’s played this Tecmo classic why this game is hard and I guarantee you the response wont have the word cheap in it. Oh sure, we might spout that off while knee deep in a boss battle or when them damn three ninjas drop down on you with your dwindling health, but all this game does is force you to use all at your disposal. Move, jump to the wall, throw your shurikens, lunge with your sword before you land, and roll your ninja butt out of the way of another attacker who was about to cleave you from behind.

So you think you got all this down? Your a super bad Ninja raining death at a blur but now comes the boss battles from the Planet Are You Kidding Me?! Just as you thought you were getting used to everything but the kitchen sink being thrown your way, the kitchen sink is thrown your way. “Game Over.” What?! What just happened? You got owned, that’s what happened. When you reflect on that, you realize yes … yes I was. Then you take up the challenge again and you pick up the controller and learn from your mistake, if you’re dedicated. If you’re not, you don’t pick up the controller and move on to a simpler affair like [insert game of ridicule here] and say the game sucks. But deep down, you know you suck.

Now let me try to examine a game with brutal difficulty done wrong. 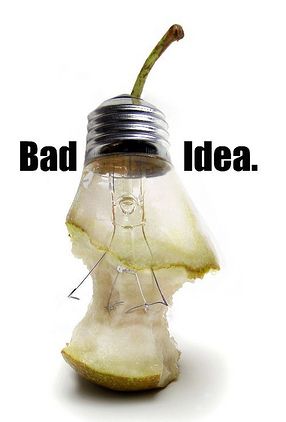 I’m going to put my revisionist hat on and pull this “classic” out of the closet. Some of you are going to disagree about me picking Battletoads as being considered brutally difficult done wrong, but I’m going to have to stop that silly talk right here and now. This game is brutal not because the enemies are smart, that you’re not doing your part by exercising all your moves, or by your lack of employing a sound strategy. No, in this game you can meet death just by entering the beginning of a stage and walking off the level to your doom all on the first level! Or those infamous obstacle courses you had to maneuver with your bike dodging cheap death after cheap death. There wasn’t no gradual difficulty spike, no, no, no! We’re talking masochist levels of pain and frustration.

Now before you sound off saying “this is a classic let’s put this game in prospective”, remember that there were few continues in this game and NO PASSWORD saves for multiple sessions to complete this game. It was a “complete me in one sitting or peace out” type of game. 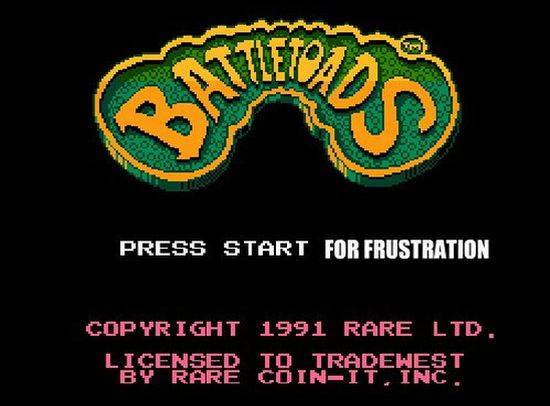 The co-op, while fun, made the game even harder because you could smack your friend that your playing with upside the head easily and take him out of the game. Keep in mind you all shared those continues too. There was no turn the “friendly fire” off option here. And don’t get me started if both of you were on those obstacle courses. If either he or you crashed then it was back to the beginning with you. It’s like to pass the level, you had be synchronized riding bikers. To beat this game, you had to memorize everything that was going to come at you and have Bionic reflexes to even capitalize on that knowledge. I’m man enough to admit I didn’t beat this game on my NES. I haven’t met a soul in person who has. But that’s not my gaming skills or lack thereof, I suppose. Anyway, this is a games’ difficulty done wrong.

In closing, I love a HARD game. I wish there were more as the gaming landscape is barren of them. Just implement the good ideas that successful companies use to make the game hard and yes even brutal. Have it to if you lose, then there’s no one to blame but yourself and not a game that’s hard because of its broken mechanics.