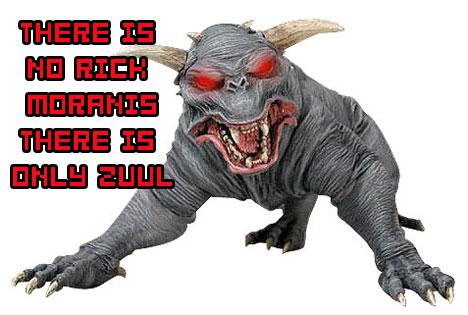 You’re a little hyped up about Sierra’s upcoming Ghostbusters: The Game, you say? Why, so am I — in fact, I know very few people that aren’t. It depends on how old you were when you saw (or if you saw) the paranormal comedy, but it’s a testament to the film’s greatness that I can call my grandmother and say I collect spores, molds and fungus and she still laughs. Good stuff, indeed.

Not everyone is so hip to the idea of doing it all over again, however. Although all four original Ghostbusters have agreed to voice their in-game characters, along with William Heck and the Stay-Puft marshmallow man, it seems Rick Moranis has declined to voice his character, which pisses me off because imagining anyone else capturing his character seems near-blasphemous, but the show must go on, I suppose. I’m sure I’ll be too busy blasting things to care in the end.

In case you didn’t know, Sigorney Weaver also declined to voice her character. This pretty much clinches it — all Gatekeeper/Keymaster scenes will just not be the same. As long as Zuul isn’t voiced by Kevin McDonald, I still have hope for the fate of this game.