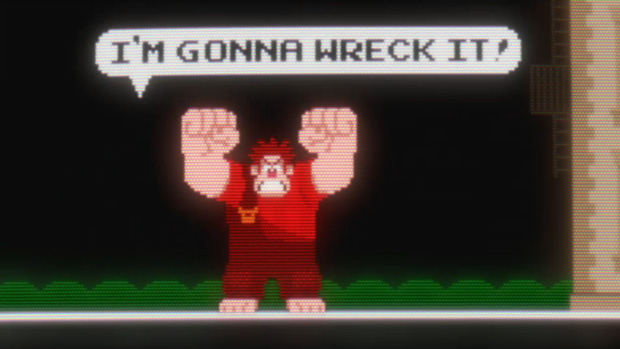 Man, the more I hear about Wreck-It Ralph, the more excited I get. The Disney CGI film starring John C. Reilly as a Donkey Kong-esque villain-turned-hero has been hitting all the right buttons. I’ve been waiting for “the catch,” that one element that would stir up some sense of worry or dread, but nothing of the sort has manifested. I just want November 2 to be here, like, yesterday!

A new trailer has popped up, showing even more of the movie’s arcade multiverse and mind-blowing videogame cameos. I’m still slightly bothered that Zangief is portrayed as villain. I mean, yeah, in a couple of incarnations he was a bad guy, like in Street Fighter II V and that Van Damme lapse of judgment. I guess a big, burly, Cold War-era Ruskie is gonna be typecast no matter how hard he tries. How unfortunate.

I wouldn’t call that any sort of deal-breaker, though. Wreck-It Ralph is looking dandy and another major step towards wider acceptance of videogames as another facet of our culture.

P.S. Isn’t that music in the beginning the same music used on The DTOID Show?