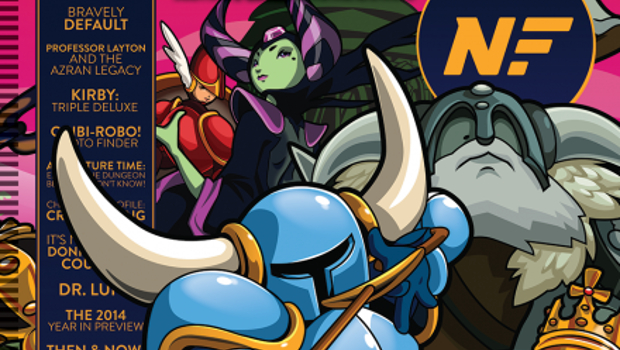 For the next +40 hours, you can get the latest issue of NF Magazine for $.99 for download, $4.99 for print. It’s a pretty great issue, featuring exclusive interviews with Chris Seavor (creator and voice of Conker from Conker’s Bad Fur Day and the upcoming Rusty Pup), Yuji Naka (Sonic Team, Prope), Yacht Club Games (Shovel Knight), Kris Durrschmidt and Taron Millet (Volgaar the Viking), tons of original artwork, editorial, and more. We’ve been at it with this magazine for just over a year now, and so far, every issue has been better than the last.

It’s all part of the celebration of the new Kickstarter campaign for year two of the magazine. This time around, Nintendo Force is using Kickstarter to offer subscriptions for 2014, so if you’re already a subscriber, this is the way to keep going. Dtoid Reviews Editor Chris Carter, former Dtoid powerhouse Tony Ponce, GoNintendo’s Rawmeat Cowboy, and many other talented folks come together all year, free of charge, working to keep the spirit of Nintendo Power alive with NF magazine. Print doesn’t have to die. We can choose to save it. Here’s your chance to do that.