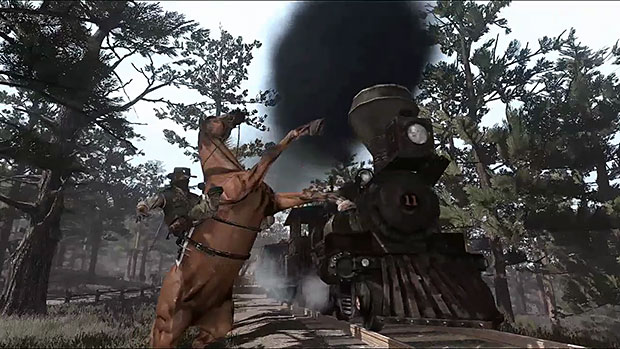 In case you weren’t aware, the long-awaited release of Rockstar’s U.S.-government-taming-the-Wild-West saga, Red Dead Redemption, is only five days away. You can remind yourself of that fact by watching this epic launch trailer, which Rockstar put out today. It definitely whetted my appetite for the game, but what stuck out to me the most was the rousing score behind the video.

Bill Elm and Woody Jackson composed the score, which was actually performed using instruments from the early 20th century, the period during which the game takes place. In addition, the game’s soundtrack album includes music from modern artists such as Jamie Lidell, Jose Gonzalez, Ashtar Command, and William Elliot Whitmore.

I will definitely be picking up Red Dead Redemption on Tuesday, May 18th. What about you?