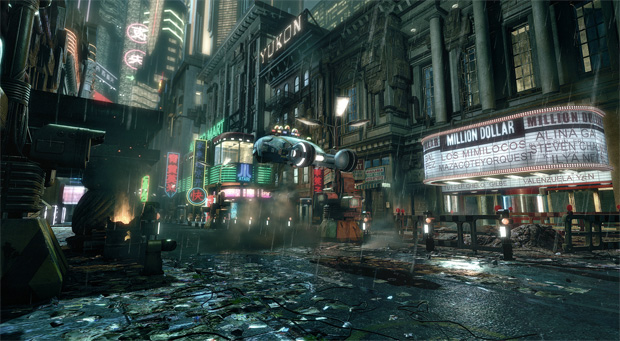 If you ever wondered what a Blade Runner videogame could look like in today’s gaming landscape, the above CryEngine 2 mock-up should be sufficient. According to a recent report from OXM, Gearbox could have been the developer to supply us with such an experience.

“One of my partners, Brian Martell, had Blade Runner on the list [of IPs we wanted to use],” said Gearbox president Randy Pitchford. “We chased it down and we coulda had it.”

So, why then are we sitting here in the year 2009 with no Gearbox-developed Blade Runner game? It was a matter of making enough of a return on the investment, which Pitchford felt the studio wouldn’t be able to pull off.

“You’re going to spend 25 million, there’s another 10-15 risk just in the publishing process, and then you got another 10-15 million marketing, and we didn’t think that we could make that back. So that’s too bad.”

Who knows — perhaps we’ll one day see another game based on the film from a different development team? Crazier things have happened in this industry.