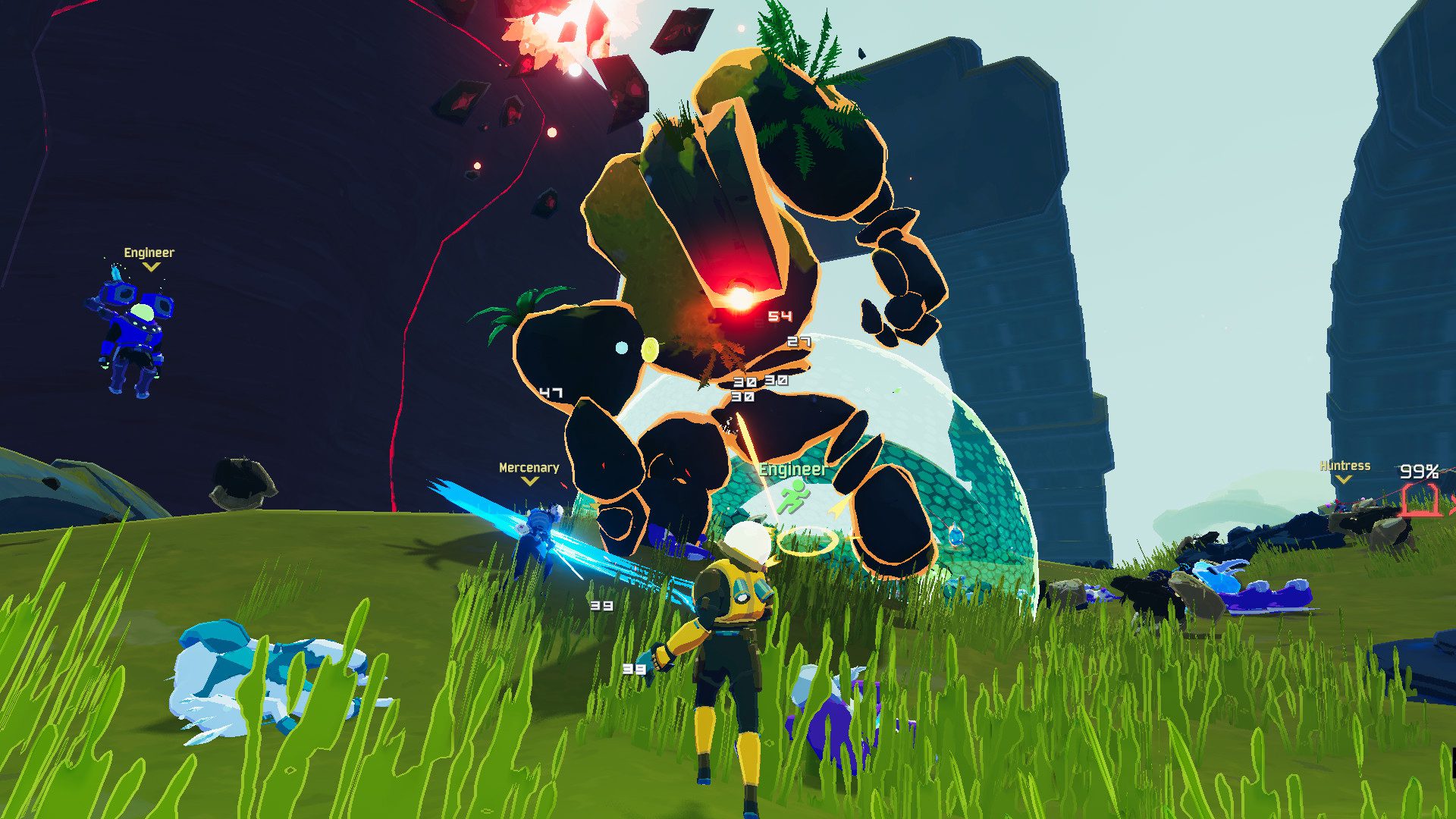 The publisher will be the steward of it moving forward

The Risk of Rain series is under new ownership. As part of the financial update from Embracer Group this week, Gearbox announced they’d acquired the IP for Risk of Rain and its sequel Risk of Rain 2.

Gearbox Publishing was the publisher of Risk of Rain 2. Now, it seems the company is taking the reins of the franchise.

“After years of passionate publishing work on Risk of Rain 2, we have developed a deep love and respect for the IP,” reads a statement from Gearbox on the Risk of Rain 2 account. “We are eager to prove ourselves as worthy custodians by continuing to bring you world-class content and ensuring a bright future for this genre-leading franchise.”

Developer Hopoo Games, which made both Risk of Rain and its sequel, shared the news. Their statement describes it as “some excellent news for any Risk of Rain fans.”

And to be clear, while Gearbox did purchase the IP, the publisher did not purchase Hopoo Games. So no, this does not mean the Risk of Rain devs have officially joined the increasingly massive number of studios under Embracer Group.

It does, however, leave Risk of Rain 2 in a strange place. In Gearbox’s statement, the publisher says it’s working hard on bringing the Survivors of the Void DLC to consoles. There’s also a “very special passion project” that Gearbox and Hopoo are working on together, to be shared soon.

Hopefully, this lets Risk of Rain 2 move into stable hands while Hopoo chases something new. That seems like a best-case scenario. And ultimately, I’m glad Hopoo Games has a chance to work on a passion project, too.

Both Risk of Rain games are among my favorite rogue-style games, and Risk of Rain 2 in particular really impressed me with how it moved the original’s action into the 3D space. They’re excellent games. Fans seem a little worried about what this means for the future, and I don’t blame them. But either way, we’ve still got the classic Risk of Rain 2 to fall back on.