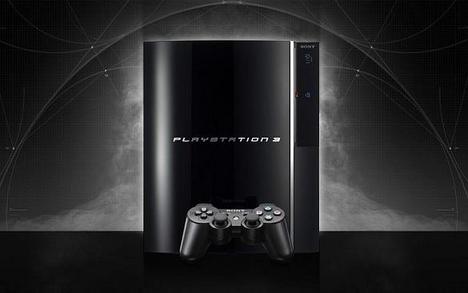 I just got back from a very different kind of event with Sony. Well, maybe event is a strong word, it was more of a sit down with just a few of us gaming journos and some of the biggest names in Sony — Phil Harrison, David Karraker and others.

It was an incredible discussion because we were allowed to be as open as possible and ask whatever we wanted. Sony, especially Phil, was very honest with us — or as honest as they could be. Like I have been, I want to break down all the big news in a series of points. Hit the jump for the full disclosure.

As far as dealing with the community and negative reactions, Sony is aware and they are working hard to change it.

• Brian Crecente sat right in between David and Phil and looked like about as uncomfortable at first as possible. After a while, the ice slowly melted away.

• A developer for Warhawk gave Crecente a pair of brass balls.

• Phil said that your avatar in Home may be used in the future in PS3 games.

• The reason for Game 3.0 was simply to give a label to what is happening in the industry. Phil hopes that Game 3.0 will start a great debate. He wants to establish an idea and unify thinking.

• Sony is taking parental controls in Home very seriously. Users will be able to block out certain people, voice chat and the screen.

• Sony will have moderators within Home to keep the peace, so to speak.

• As far as public spaces within Home, there will be soft and hard caps, much like in chat rooms.

• For the arcades inside Home, Sony had originally planned to have them be Java-based.

• Phil said that he believe Home will sell PS3 consoles. He says it’s another reason to use and sell the console.

• Their job is to make the interface within Home as accessible as possible.

• Phil said Second Life and Home are not the same, far from it.

• Sony says they have over 500,000 registered players online and have sold through more than one million PS3 units.

• They do not know how big a download Home will be.
• There will be no collision between avatars in home. But, players will be able to, according to Phil, surf down stairs with a couch.

• You will be able to buy not only places to live and things inside those places, but also environments. Phil used the example of ducks flying in a “V” outside your window or a sunset.

• Sony says they can overcome negative press by being innovative and offering the best they can. Phil says what really matters are sales, not headlines.

• Phil says the reason you see PS3s in stores is because their production level is high, not because demand is low. He says the PS3 has outsold the PS One, PS2, and Xbox 360 during the same time.

• Commenting on the claim Blu-ray has been hacked: Phil clearly stated it has not been hacked and that there was no evidence whatsoever that suggested it had.

• On the loss of exclusives: Phil says Sony’s focus has shifted to making sure there was enough money in first-party development. They’ve drastically increased the budget for this.

• Phil said having GTA come out for the PS3 and 360 at the same time wasn’t a big deal.

• With respect to only having the 60GB PS3 for the U.K. and Euro launch: Phil said that was a request from retailers.

• Sony said this will be a big year for the PSP and that the design will stay the same, but that the way it interacts with the consumer will change.

• The Warhawk people don’t think that the game should be full price (it’s downloadable now).

• There are discussions about a Warhawk beta taking place.